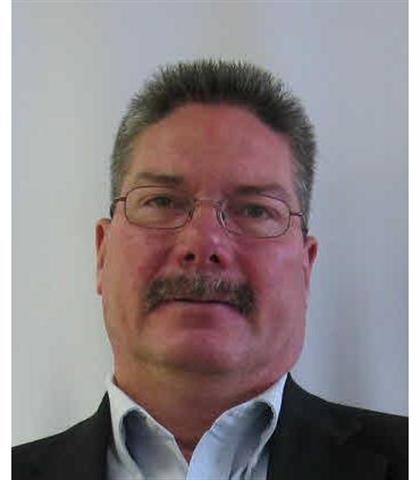 Bill was born November 3rd, 1964, to George and Elizabeth Jean Brandau in Dearborn Heights, Michigan. He attended Metro State University of Denver and graduated with a bachelor's in business administration. While in Denver, he met the love of his life, Marilyn, in 1987. The family moved to Ignacio in 1991. Together Bill and Marilyn opened and operated "Options Restaurant" and later "The Rose Café"(1995-2000). Bill worked in the restaurant and hospitality industry his entire life, having worked most recently at the Sky Ute Casino. He was also a manager at several Walmart stores throughout Colorado.

Bill very much enjoyed riding his Harley, golfing, music, computer gaming, and his Busch Beer. More than all else, Bill loved his family.

He is preceded in death his mother: Elizabeth Jean.

In lieu of flowers, memorial contributions may be sent to the Lupus Foundation, lupus.org.
Published by The Durango Herald on Dec. 29, 2021.
To plant trees in memory, please visit the Sympathy Store.
MEMORIAL EVENTS
Jan
8
Mass of Christian Burial
10:00a.m.
St. Ignatius Catholic Church
CO
Funeral services provided by:
Hood Mortuary - Durango
MAKE A DONATION
MEMORIES & CONDOLENCES
Sponsored by Hood Mortuary - Durango.
9 Entries
Our friend and coworker. You´ll be missed.
Willis & Holly Bancroft
Friend
January 13, 2022
So sorry for your loss, Marilyn
Matthew Agnew
January 6, 2022
Marilyn...I offer u my most sincere condolences to you and your family. May God comfort your hearts n give u all strength. Our God is awesome and in time he will restore your joy and peace. God bless
Lori Santistevan
January 1, 2022
I will surely miss you Bill it was a great pleasure to have worked with you at walmart in Durango now you're with my Tess in heaven.
Ronaldo DeLos Reyes
Work
January 1, 2022
There are times in our lives when losing someone we love is just to hard to believe and comprehend. Bill was a big part of the Silva family and will be missed. Condolences to Marilyn and the whole family. I lift up my prayers for you.
Diana D Valencia
Family
December 30, 2021
Am in disbelief..... my sincere condolences to Marilyn and the rest of his family. Bill was so soft spoken, kind, and considerate. He will be greatly missed. Prayers of comfort going up for his loved ones.
Cecilia Robbins
Friend
December 30, 2021
Bill was such a wonderful person to work with and to have as a friend. My heart goes out to his loved ones. He will be greatly missed.
Veronica Herrera
Work
December 30, 2021
So very sorry to learn of Bill's passing. He was a dear friend from the casino. Always a hello and smile from Bill!
GLENDA POTTER
December 30, 2021
My sincere condolences for your PRECIOUS loss. Take comfort in knowing that Jesus holds your BELOVED Husband, Son, Brother, Father and Grandfather. I love you all dearly. May God console your broken heart.
Georgia Leon ( Manzanares)
Family
December 29, 2021
Showing 1 - 9 of 9 results