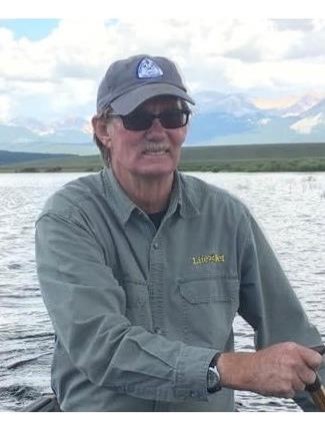 FUNERAL HOME
Hood Mortuary - Durango
1261 East Third Avenue
Durango, CO
Wayne Dickerson, 70, of Durango, CO passed away August 31 after a hard-fought battle with cancer. He is survived by his spouse Lori Callahan and his son CJ Dickerson (Kelsey) of Ridgway, CO, Lori's children Ryan Odgers of Phoenix, AZ and James Callahan of Sonoita, AZ, sister Virginia Dickerson Parrish and brother Walter Dickerson, both of Las Vegas, NV. Wayne served 6 years in the Air Force, serving in Thailand where he was an aircraft mechanic. After returning from the Air Force, he embarked on what would become his favorite hobby, riding his motorcycle. It started with a coast to coast - Maine to California ride and a multitude of trips would follow over the years. Upon his return he began his lifelong, expansive career in aviation working as a pilot and mechanic for Grand Canyon/Scenic Airlines followed by several years in Alaska as a bush pilot flying float planes. He then began his 31-year career with Air Methods as a helicopter mechanic, working in NV, AZ, MT, SC back to AZ and ending with his favorite location of all, Durango, CO where he spent 10+ years as the helicopter mechanic for Flight for Life. Along the way, Wayne made many friends and touched the lives of each one of them. He was a very giving man, with loyalty and integrity among his finest traits. He was much loved and respected by all that knew him and will be sorely missed by each and every one of us. Private services to be held in Durango, CO.
Published by The Durango Herald on Sep. 9, 2021.
To plant trees in memory, please visit the Sympathy Store.
MEMORIAL EVENTS
To offer your sympathy during this difficult time, you can now have memorial trees planted in a National Forest in memory of your loved one.
Funeral services provided by:
Hood Mortuary - Durango
MAKE A DONATION
MEMORIES & CONDOLENCES
Sponsored by Hood Mortuary - Durango.
0 Entries
Be the first to post a memory or condolences.