Born in Los Angeles, CA, to Donald Maynard Galbraith and Marjorie Galbraith. Cause of death was a glioblastoma, for which Tom declined treatment. He was 70.

Tom's favorite question to ask was "What do you do for fun?" He spent his life breaking the fun barrier traveling on 6 continents.

While living in Germany he owned EurTrip, leading biking, hiking, climbing & skiing adventures in Europe. He bicycled down the Rhine to Holland, and the Mediterranean coast from Italy across France into Spain.

His hiking adventures included the Kungsleden in the Norwegian Arctic, the Haute Route in France and Switzerland, the Abel Tasman in New Zealand, and a climbing trip to Aconcagua. He spent one New Years' Eve at the summit of Mt Sneffels in a sudden snowstorm.

Tom's travels in Africa included driving across the Sahara 4 times, when the route was merely tracks in the constantly shifting sand. He forded the Niger by walking ahead of his Land Rover to locate the shallow route, on his way to Timbuktu.

He sailed across the Atlantic, and spent 4 years living aboard his sailboat in Central & South America. He spent another decade living on his sailboats in winters.

He rowed his raft down the Grand Canyon 5 times but his favorite rivers remained the Yampa and the Middle Fork of the Salmon.

He bicycled across America from west to east from San Diego to St Augustine, and north to south along the Continental Divide route from Canada to Mexico.

Tom arrived in SW Colorado on Thanksgiving Day, 1975. He remodeled a grocery store/rooming house in Silverton into the French Bakery Restaurant & Teller House hotel, where your room was half-price if you arrived on a bicycle. He was a volunteer fireman, EMT, on the Search & Rescue team, and EMT Instructor during his years in Silverton.

He was a volunteer Wilderness Information Specialist with the San Juan Mountains Association, as well as teaching ultra-light backpacking and GPS navigation in the backcountry.

Tom was a 31-year Rotarian and Past President of Durango High Noon Rotary club.

In recent years Tom spent winters bicycling in Thailand, spring in the desert, summers in the high San Juans, & Septembers hiking in Switzerland. Tom was fluent in German & Spanish, and learning Thai.

Memorial donations can be made to the Coast Guard Foundation, Stonington, CT, in appreciation for Tom & Stanna's 2007 rescue at sea; or to the Community Foundation Serving SW Colorado for the High Noon Rotary Scholarship fund.

"The cure for anything is salt water: sweat, tears or the sea."

Published by The Durango Herald on Oct. 26, 2017.
To plant trees in memory, please visit the Sympathy Store.
MEMORIAL EVENTS
Nov
4
Memorial Gathering
4:30p.m. - 6:30p.m.
Durango Rec Center
CO
MAKE A DONATION
MEMORIES & CONDOLENCES
16 Entries
We met Tom at Zwiebrucken Air Base in Germany in 1973/4. We hiked with him and biked with him often in the Alps and around Germany..we all left Germany in 1975 and returned to the U.S. and to Colorado where we bought what became The French Bakery in Silverton, CO....We bought the building and refinished it and then said "what should we do with it now that it is finished", so Tom and Ben (Wood) handed me a restaurant supply book about a mile thick and they said order everything I can think of that goes in a restaurant:) And I did, and then we re-finished the bedrooms upstairs and opened rooms for rent and dining in the redone space below.....We all cooked - ..Tom and Ben cooked in the kitchen - I made the baked goods, and we hired waitstaff and dishwashers and set out on that journey. I remember the waitstaff we hired....applications were filled in with: First name: Mary Last name: High on Life. And, whenever the dishwasher or the bathroom cleaner or a cook did not show up on any given day, we became the dishwasher or the bathroom cleaner or the waitstaff.

And, I remember that Tom was always a happy, thoughtful person, who had a definite zest for life..and once we moved away from Durango to Boston with our 1.5 y.o. daughter, I know Tom continued to own and run the restaurant, and then we became wrapped up in our lives and children, but I thought occasionally of Tom and remembered the hikes and the carefree adventures and his friendliness and his smiles. I know you will miss him....just know that there are people in the world who knew him for a little while, and that he shaped parts of our lives too, and hopefully we shaped a part of his.

My sincere condolences to Stanna and all of your friends and family. 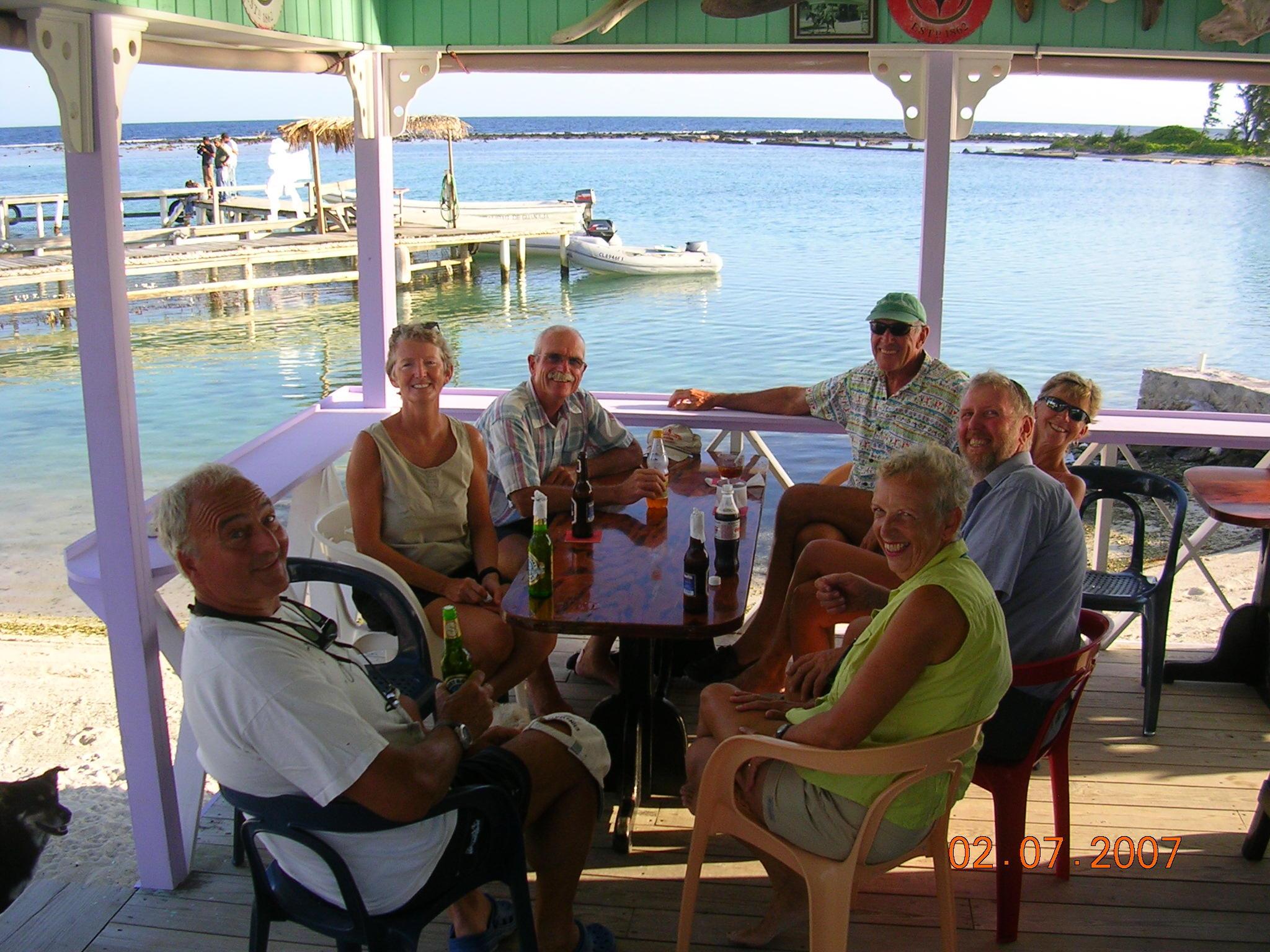 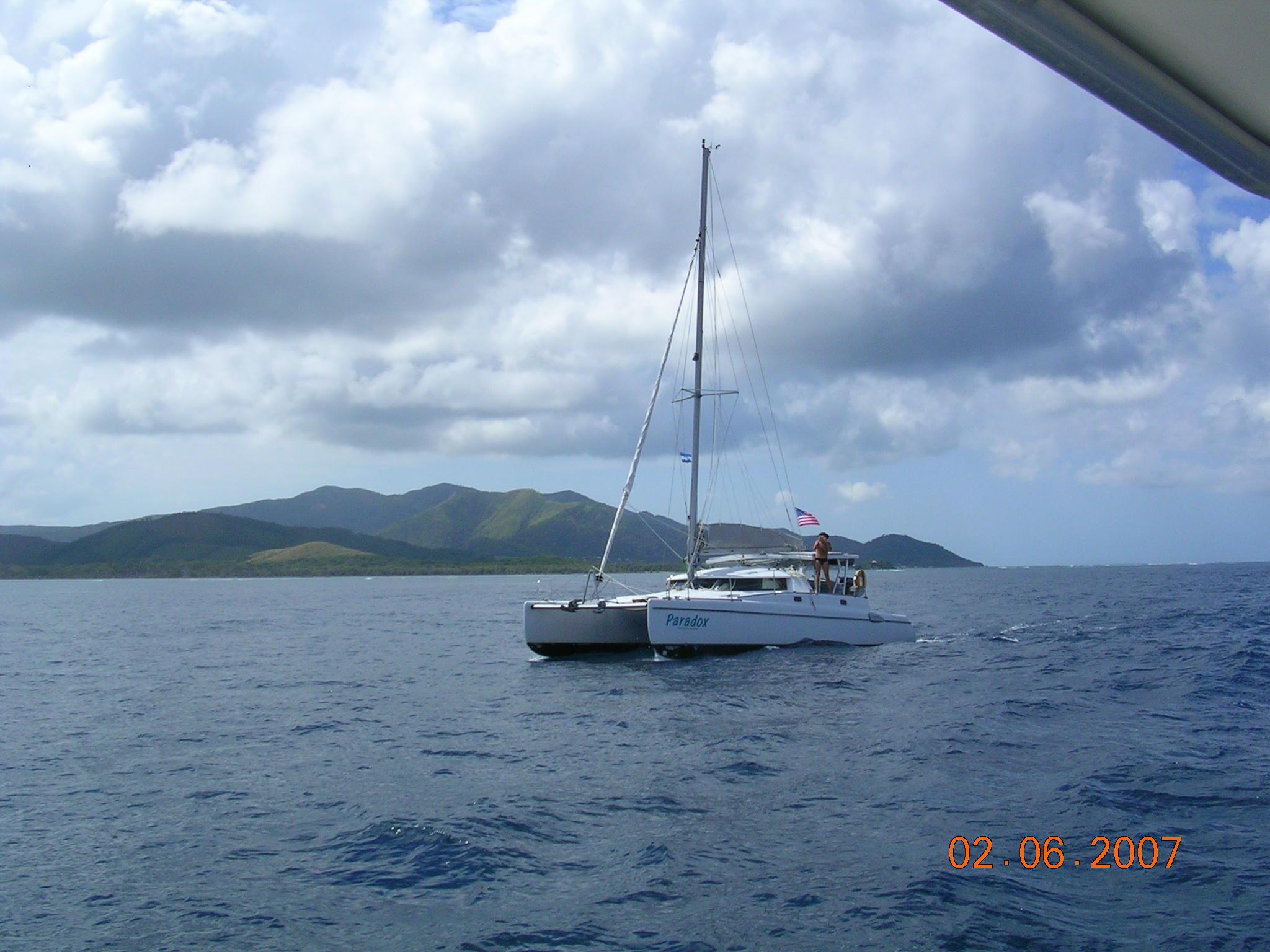 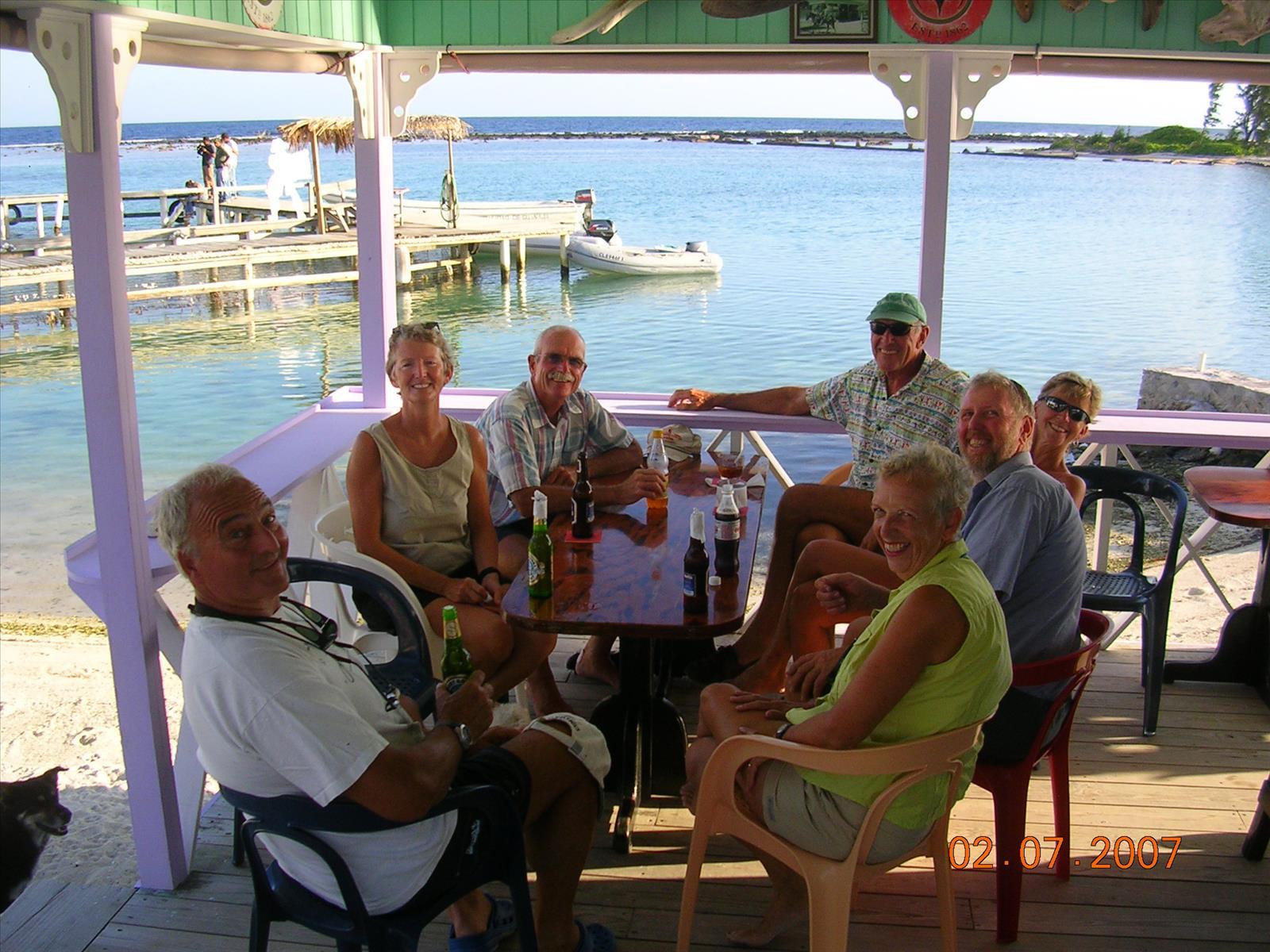 We will remember TOM and Stella home sitting and sailing with us in Guanaja-Honduras with
their SY"PARADOX" and Hannas wonderful memories
to your home in Durango
November 27, 2017 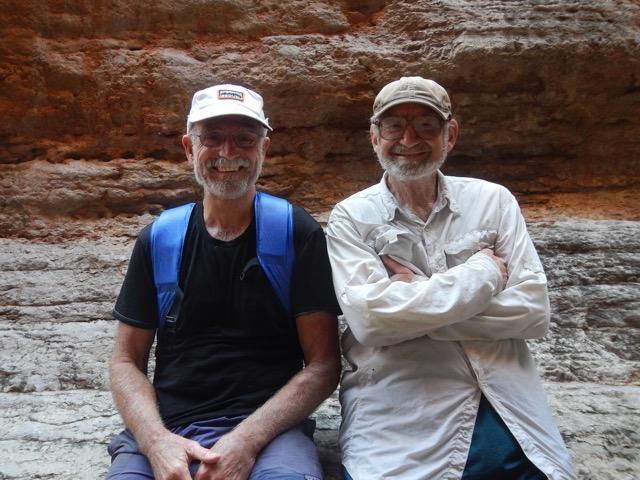 Laura Bohn
November 8, 2017
When I started with Prudential Triple S in fall of 1999. the office space was limited, so they put me at a desk in an office with Tom for a few weeks. I instantly liked him, because he sailed. Tom, told me "You can sit at your desk all day, or you can go where the business is---out there", as he pointed out the window. I took his lead and always remembered his sound advice.
Joe Booth
November 6, 2017
We are deeply saddened by the loss of Tom. We all remember his happiness & how friendly & good friend he was in Trang Thailand. We will miss him so much.
Though he is not here with us on earth, I believe his spirit will be with us anywhere as long as we have a fun in life like him.
Stanna please accept our condolences. Our love go out to you and your family.
Wassana-Sitdharma guesthouse Hanny, Lee, mom, pe Kai, pe Nok,
Friend
November 3, 2017
Stanna, Daniel and family: You are in my thoughts and prayers.
I believe Tom showed what Victor Frankl meant:
"We must never forget that we also find meaning in life even when confronted with a hopeless situation, when facing a fate that cannot be changed.
For what then matters is to bear witness to the uniquely human potential at its best, which is to transform a personal tragedy into a triumph, to turn one's predicament into a human achievement."

Based on FB's message posted by Tom's friends in Thailand, everyone would know how much we missed him here.
Sadee Hamilton
October 30, 2017 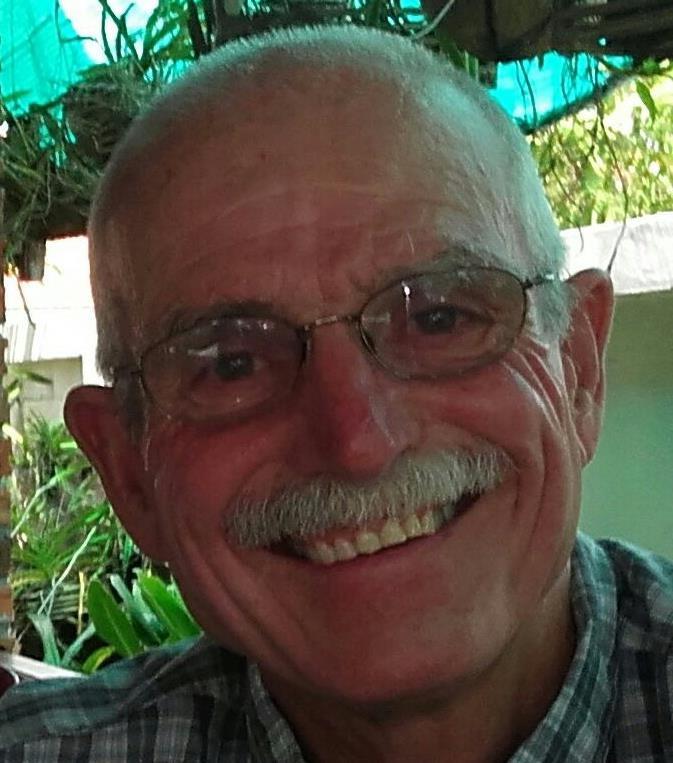 Always remember him. We gonna mis Tom in Thailand,
Rik & Louisa, Belgium
Rik & Louisa Verbeeck
October 29, 2017
Stanna - Tom's friends and neighbors at Animas Crossing will remember him for all he contributed to the HOA, We will miss him as both a neighbor and a friend. Our condolences to you and your family.
Dorothy and Bill Tarpley
October 28, 2017
A life well lived! Stanna, I know how much you will miss him.

Thanks for teaching my EMT basic class's in 1984. The way you motivated your students help me become a professional paramedic, now going on 30 years. Rest in peace...
Matt Moon
October 28, 2017
Showing 1 - 16 of 16 results