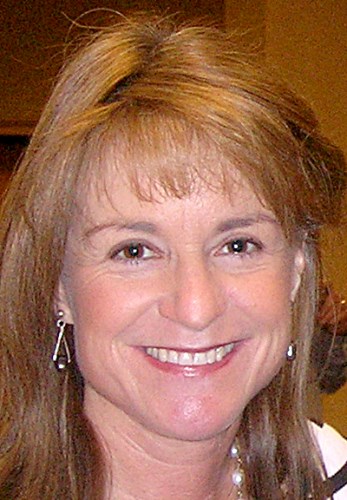 Durango resident Teresa Anne Whitehead died Wednesday, March 19, 2014, in Durango. She was 60. The cause of death was not disclosed.

Known as "Terry," she was born to David and Claire Gaffney on Dec. 30, 1953, in Los Angeles. She grew up in Woodland Hills, Calif., the second of nine children, and graduated from Louisville High School in the early 1970s. She went on to earn a Bachelor of Arts from the University of California, Santa Barbara, and later, in the early 1980s, a Master of Business Administration from the University of California, Irvine, which she earned while pregnant and raising a young child.

In 1980, she married Timothy Whitehead at the St. Monica Catholic Church of Santa Monica, Calif. The couple lived in the City of Orange, Calif., and began building a life together.

In 1990, the Whitehead family moved to Durango. Mrs. Whitehead's primary job was that of mother, homemaker, family finance manager and social coordinator, her family said.

Soon after arriving in Durango, she enrolled at Fort Lewis College to add to her formal education. She completed an accounting degree in 1995 and went on to become a certified public accountant.

"She believed in the value of knowledge and education and was an inspiration and motivating force to her children," according to her family. "Terry's main interest lay in cultivating and maintaining strong bonds with family and friends. She enjoyed the personal relationships she built and was a very loving and caring person to all who knew her."

Mr. Whitehead retired in 2006, which allowed the couple to travel together within the Americas and abroad to Europe, Asia and Africa.

"Terry's personal interests spanned from her pursuit of education, reading and good cinema," according to her family, "to outdoor activities like snow skiing, hiking, road biking and visiting interesting destinations around the globe."

A private memorial service will be scheduled for family and close personal friends.

In lieu of flowers, memorial contributions may be sent to Big Brothers Big Sisters of Southwest Colorado, P.O. Box 2154, Durango, CO 81302; or La Plata County Humane Society, 1111 South Camino del Rio, Durango, CO 81303.
Published by The Durango Herald on Apr. 4, 2014.
To plant trees in memory, please visit the Sympathy Store.
MEMORIAL EVENTS
To offer your sympathy during this difficult time, you can now have memorial trees planted in a National Forest in memory of your loved one.
MAKE A DONATION
MEMORIES & CONDOLENCES
0 Entries
Be the first to post a memory or condolences.