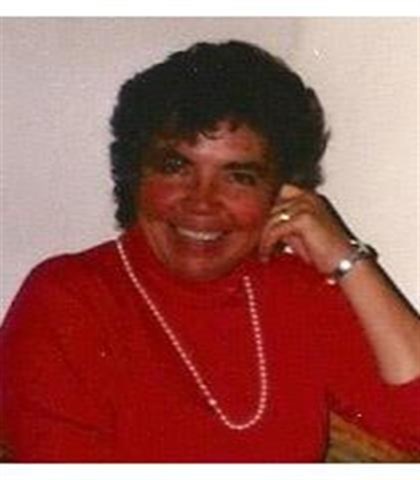 BORN
1941
DIED
2021
FUNERAL HOME
Hood Mortuary - Durango
1261 East Third Avenue
Durango, CO
Sharon Marie Fee Denious was born on January 27, 1941 to Thomas Wayne Fee and Alma (Murphy) Fee. Sharon was born in a log cabin outside the Missouri River town of Rulo, Nebraska. She was the third of five children and the only girl.

Her father had to saddle his horse and ride through the snow to get to a telephone to call the doctor. Family legend has it that the doctor was drunk on arrival.

Sharon grew up on the farms that her father rented. The first school she attended was the Shore Country School. There were five students: Sharon, her two older brothers, and two other girls. The teacher was the 19 year old Miss June Hooper. The students called her "Miss June."

In 1951 Sharon's parents bought a farm of 240 acres near Mercier, Kansas. Sharon remembered riding her father's big work horse, Millie, to the pasture and studying clouds and insects and anything else a small girl and a big horse might be interested in.

Sharon attended the parochial elementary school in Mercier. At one point a nun called Sharon "a saucy little squirrel," and slapped her. The blow knocked Sharon's hat off. Sharon had to admit that she probably deserved the punishment.

On very rare occasions Sharon's friend, Joanie Schuetz, would steal some of Joanie's father's homemade wine. The two girls would meet in a field between their homes and drink the wine and giggle.

Sharon went to high school in Powhattan, Kansas. She was, in the words of her brother, "pretty and popular." She was a cheerleader. She was named Miss Powhattan twice and represented the town at the Hiawatha, Kansas Halloween Parade.

After high school she moved to Denver, Colorado and took a job as a receptionist and phone operator at a small insurance company. She met her future husband, Jon Denious, there. They were married by a Justice of the Peace. During the ceremony the J.P. took a phone call from his poker buddies. It was unclear who was to bring the beer to the game. The problem was straightened out, and the ceremony concluded.

The newly married couple lived in small towns in Kansas and Colorado. Eventually, they moved to Durango, Colorado. Sharon took a class in Auto Mechanics at San Juan Vo-Tech. She was the first woman hired in a non-traditional job at Northwest Pipeline, now Williams Companies. She loaded trucks and worked in the gas plant.

In 1990 Sharon and her husband purchased the Silverton Standard and the Miner newspaper in Silverton, Colorado. They published the newspaper until 1998, when they sold the paper and retired. They left Silverton in 2000 and returned to Durango.

In retirement Sharon and her husband traveled to Europe and Asia.

She is survived by her husband, Jon Denious; son, Tim Denious and his wife Deborah; her daughter, Elizabeth Cessna and her husband Chris. In addition, Sharon is survived by a granddaughter, Catherine Barker, her husband Matthew, and her great-grandsons, Theodore, Luke, and Jonathan.
Published by The Durango Herald on Nov. 17, 2021.
To plant trees in memory, please visit the Sympathy Store.
MEMORIAL EVENTS
To offer your sympathy during this difficult time, you can now have memorial trees planted in a National Forest in memory of your loved one.
Funeral services provided by:
Hood Mortuary - Durango
MAKE A DONATION
MEMORIES & CONDOLENCES
Sponsored by Hood Mortuary - Durango.
6 Entries
As a neighbor, every time I've seen Sharon & Jon over these past few years, Sharon had the biggest, loveliest smile! The two of them made the cutest couple EVER, both with light shining through and easy to see they both have hearts of gold. I'm very sad for Jon and your whole family during this painful time. She was a real treasure.
Linda Buzzalini
Friend
November 27, 2021
Elizabeth and family my condolences on your mothers passing she was a wonderful person and I know she was a great mom.
Sheri Rex
November 22, 2021
Tim, Deb, and to all the family, please accept my sincere condolences for your loss. May loving and happy memories fill your heart in this time of sorrow.
Janice Bourret
November 21, 2021
Larry and I offer our sympathy to Jon and the family. It was my great honor to work for Sharon and Jon in the latter years that they owned the newspaper. I am glad to have known her and enjoyed hearing her having a good laugh.
Rose Raab, Silverton
November 20, 2021
You're all in our thoughts and prayers....Heaven gained a beautiful angel today!!!!!
Billy and Exzondria Rodvelt
November 17, 2021
Our sincere condolences on the loss of your mother Tim. You and the family are in our thoughts.
Penny & Reno
Other
November 17, 2021
Showing 1 - 6 of 6 results