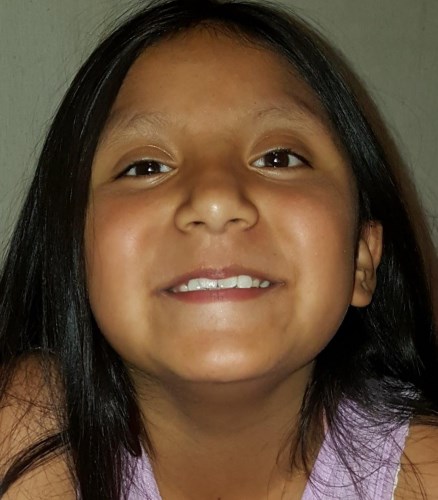 BORN
2008
DIED
2021
FUNERAL HOME
Hood Mortuary - Durango
1261 East Third Avenue
Durango, CO
Samantha Rock passed away on December 19, 2021 at Mercy Medical Center with family by her side. She was born on May 5, 2008 to the late Dionna and late Livingston Veneno. Samantha was raised by Marietta & Abel Soto in Denver, CO. She attended Holme Elementary School in Denver, CO.

Samantha returned back to Ignacio and attended Ignacio Elementary and won the Bobcat award. Samantha was also a member of the Girl Scout. At the time of her passing, she was in the 8th grade at Ignacio Middle School. Samantha was a proud member of the Southern Ute Indian tribe. She loved to draw, ride her bike, listen to her music and watch videos. Samantha was a huge Sundance Supporter in Porcupine, SD. She supported both of her families, including her adopted family the "Littleboy's."

There will be a wake on Sunday, December 26, 2021 at 6pm at the family home, 65 Piwood Circle, Ignacio. A Mass of Christian Burial will be held at St Ignatius Catholic Church at 10am on Monday, December 27, 2021.
Published by The Durango Herald on Dec. 22, 2021.
To plant trees in memory, please visit the Sympathy Store.
MEMORIAL EVENTS
Dec
26
Wake
6:00p.m.
the family home
65 Piwood Circle, Ignacio, CO
Dec
27
Mass of Christian Burial
10:00a.m.
St Ignatius Catholic Church
CO
Funeral services provided by:
Hood Mortuary - Durango
MAKE A DONATION
MEMORIES & CONDOLENCES
Sponsored by Hood Mortuary - Durango.
3 Entries
My condolences, thoughts and prayers go out to the whole family, Marrietta and Able, you guys are great parents, stay strong for the other kids, they still need you more than ever now, and you need them you all are a strong family and can pull together, remember all the good times. Love you I'm here sis
Shelly
Friend
December 24, 2021
My deepest condolences to the Rock family. May her memory be eternal.
Amanda McKinley
December 24, 2021
My heartfelt condolences to the Rock family.
Mike Riggin
December 23, 2021
Showing 1 - 3 of 3 results