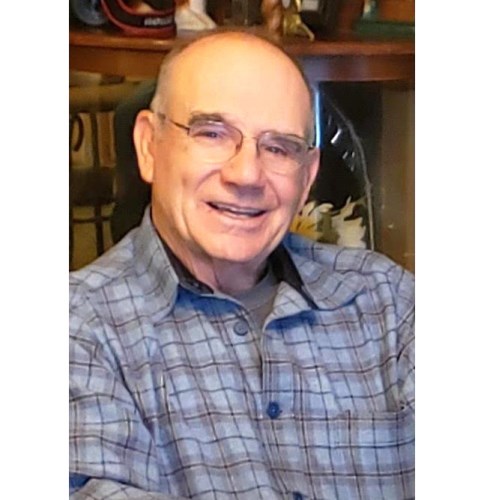 BORN
1942
DIED
2020
Richard 'Dick' Morton passed away peacefully on May 11, 2020. His son and daughter were by his side. To his children's joy, their dad accepted Jesus Christ as his personal Lord and Savior before his passing.

Richard was born on July 9, 1942. The youngest of three children born to Louis and Stella (Blakely) Morton in Lamar, CO.

He grew up in the Gunnison, CO area. This is where he learned the love of fishing with his mother. He left home at the age of 16, to go work in the mines.

Working in the mines, was something that he could never get out of his blood. He worked the mines in CO, UT, NM, CA, AZ, and even in Indonesia. He worked at Standard Metals, Union Carbide, Camp Bird, Cyprus Amax Minerals, and the Anaconda Company just to name a few.

He proudly served his country in the Army from July 1966 to July 1968 during the Vietnam conflict. He was stationed in Korea as a motor pool maintenance clerk. Through the Army, he received his GED.

Richard was a member of the American Legion, NRA, Pontiac Oakland Club, Four Corners Gem, and Mineral Club and was a 50 yr. member of the Ouray Elks.

Richard is survived by his son, Jim Morton (Elishica), and their son, Gallatin (grandson) of Mustang, OK. His daughter, Nancy Kaiser (Jimmy) of Montrose, CO. His brother, Herschel (Barbara) Morton of Dove Creek, CO. He is also survived by his stepchildren, who considered him, their dad as well. Susan King (Dave Cano) of Grand Junction, CO. Connie (M.E.) Todd of Loveland, CO. Laurie (Mike) Ernst of Dove Creek, CO. Jeff Gallegos of Silverton, CO, Chris Gallegos of Silverton, CO. As well as over 30 grand, great and great-great-grandchildren. As well as numerous nieces and nephews. He is also survived by two former wives, Linda Billingsley of Buhl, ID and Dorothy Morton of Silverton, CO.

He was proceeded in death by both of his parents, his sister Hazel Mason, a nephew Terry Davis and a step-grandson Von Ernst.

To plant trees in memory, please visit our Sympathy Store.
Published by The Durango Herald on Jun. 29, 2020.
MEMORIAL EVENTS
Jul
18
Celebration of Life
518 US 481, Dove Creek, CO
Jul
18
Memorial service
11:30a.m.
Dove Creek Cemetery
, Dove Creek, CO
MAKE A DONATION
MEMORIES & CONDOLENCES
3 Entries
am very sorry to hear about Richard. I knew him from the Rock Club where we shared many rocks, projects, and mining stories. He always walked his dog in the park, I would stop and say hi and rub down the his buddy. Rest in peace my friend.
Tom Strain
Friend
July 3, 2020
I knew Richard from the Gem and Mineral Club in Durango, where he was a frequent visitor with cheerfulness and good will toward everyone. He always had some pretty stones to share, and a few stories about his mining days. We will all miss him very much. I am so sorry to his family members but grateful you were with him to share you love when the time came.
Jama Crawford
Friend
July 2, 2020
Im so sorry to hear of your Dads passing. I really enjoyed getting to know him through the Four Corners Gem and Mineral Club. He was such a nice guy. My sympathies and prayers are with you all during this time. I wish I could attend the memorial service but am unable to at this time. Sincerely, Chiara Amoroso
Chiara Amoroso
Friend
July 1, 2020
Showing 1 - 3 of 3 results