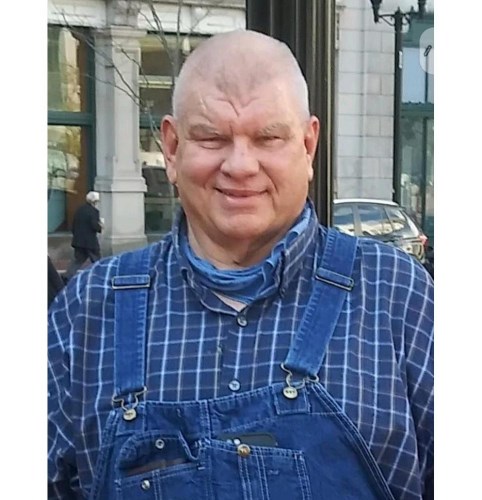 BORN
1953
DIED
2021
Randall James (Randy) Luelf was born on December 11, 1953 at Fort Collins, Colorado to Glen Arnold and Cecil Frances (Smith) Luelf. He passed away at Bloomfield, New Mexico on September 1, 2021, after suffering a brain hemorrhage in May of 2021.

Randy spent his early childhood in Nevada where his father worked as a telegrapher on the railroad. In 1958, his parents purchased a farm on the California Mesa near Pea Green on Highway 348 between Olathe and Delta, Colorado. Randy was active in 4-H, FFA, football, and wrestling. He graduated in 1971 from Olathe High School. He was especially proud of his registered Jersey dairy herd. He enjoyed fly fishing, hunting, and archery. He was very excited to get his first deer with a bow and arrow while he was still in high school.

Randy attended Dunwoody Institute in Minneapolis, Minnesota and graduated from the tool and die program. He worked most of his career for NSK Bearing Company as a machinist in Clarinda, Iowa and Franklin, Indiana. He retired in 2013 and returned to Colorado and the Rocky Mountains he loved. He worked for Brennan Oil Company and Rocky Mountain Chocolate Factory after returning to Colorado. Randy enjoyed baking bread and smoking meat to share with family and friends.

In 1979 Randy married Ravenna (Billy) Felstead and they were blessed with a son, Wyatt Jason and they together raised Billy's daughter, Maureen (Mickey). They were divorced in 1997. Randy later married Tricia Hirschfelt and gained a stepson, Eric. They later divorced.

Randy was preceded in death by his parents, Glen and Cecil Luelf.

A memorial service will be held at a later date.
Published by The Durango Herald on Sep. 7, 2021.
To plant trees in memory, please visit the Sympathy Store.
MEMORIAL EVENTS
To offer your sympathy during this difficult time, you can now have memorial trees planted in a National Forest in memory of your loved one.
MAKE A DONATION
MEMORIES & CONDOLENCES
2 Entries
Randy was a class act who always had a smile and a kind word for everyone. They don't make them like him anymore.
Rebekah
September 15, 2021
Really enjoyed talking about life and work with you when we worked together at RMCF. Saw you as a Deep thinker with a huge heart and world class patience. Saw your Toyota often at BK, wish I would've stopped in to catch up and say Hi. R.I.P Randy. Good man...
Geoffrey Kent
Work
September 9, 2021
Showing 1 - 2 of 2 results