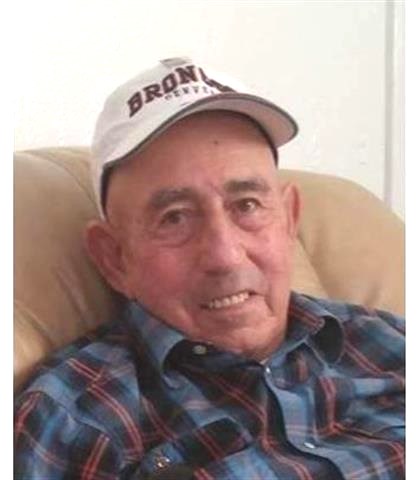 Pete was born in Arboles, CO, the youngest of 9 children. He grew up and worked on the family ranch where he lived until he graduated from Ignacio High School in 1958. Shortly after graduating from high school Pete joined the Army. He completed training as M48 Advanced Armor Crewman in Vilseck Germany. Pete fondly told stories of his time in Germany to include meeting Elvis, who was stationed in Germany at the same time. After his release from the Army and returning home, Pete met and married the love of his life, Polly Velasquez. Pete and Polly courted long distance, her in Pagosa Springs, him in Las Vegas Nevada until they married on June 25, 1964. Pete and Polly raised their children in Las Vegas for several years until deciding to return to Colorado for a better life in the country. Pete worked as a State Highway Maintenance Technician for the Colorado Department of Transportation until he retired in 1997. Pete continued ranching on the the family ranch until his health declined and was unable to continue. He was an active member of the Catholic Church. Pete along side his wife served as Eucharistic Ministers, Teaching CCD and Marriage Preparation classes. Pete was instrumental in the spiritual lives of many young men and women teaching and counseling them. Pete was a family man that loved spending meals and holidays with his immediate and extended family. He loved hunting, camping, his cows and anything to do with the family ranch. Pete was a die hard Bronco fan and never met a cinnamon roll he didn't like. He was a kind and patient man and is loved by many. He is survived by his loving wife, Pauline (Polly)Lopez, Son, Dennis (Frances) Lopez, Daughters, Susan and Nancy Lopez, Paula (Jose) Trujillo, Sister Elisida Enriquez, Brother Manuel Rudolf Lopez, Grandchildren Thomas Santistevan, David Montoya, Charlotte Santistevan and Alex Lopez. Great Grandchildren Maryah and Sean Montoya and Pedro Santistevan as well as numerous nephews and nieces. Pete is predeceased by his Mother and Father Theodora and Margarito Lopez, Brother's Richard, Tony, Lee and Dan Lopez, Sisters Florence Vallejos and Lena Barela. Donations can be made to the Alzheimer's Association.
Published by The Durango Herald on Jan. 6, 2022.
To plant trees in memory, please visit the Sympathy Store.
MEMORIAL EVENTS
To offer your sympathy during this difficult time, you can now have memorial trees planted in a National Forest in memory of your loved one.
MAKE A DONATION
Please consider a donation as requested by the family.
MEMORIES & CONDOLENCES
2 Entries
We are so sorry for the loss of your beloved Pete. With are with you in spirit, thoughts and prayers. Love to all, Lori and Mike
Lori Sauck
Friend
January 13, 2022
I worked with Pedro at the Department of Transportation and he was one of the most kind and respectful people I have ever met. Always a friendly hello and how are you doing. He was one of my favorite people to work with. I am saddened by his loss but he is in a better place. Love to Pauline and family.
Marcella Gomez
January 11, 2022
Showing 1 - 2 of 2 results