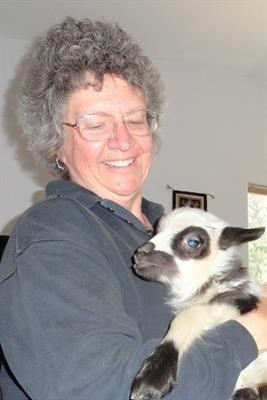 BORN
1954
DIED
2016
Pamela passed away on May 9th at her home in Hesperus after a 3 year battle with cancer. She was born in Denver on Dec 22, 1954 to Courtland Fellers and Dorthea Furdden Fellers. She moved to her new home south of Hesperus in the mid 1960's. She spent her time like most county kids on horseback and doing chores. She graduated from Durango HS in 1973 and attended Ft Lewis College and Colorado State University. While at Ft Lewis, she met the love of her life, Doug Ramsey. They followed each other to CSU and were married on May 21, 1977 at the FLC Chapel. After Doug's graduation in 1978, they moved to Glenwood Springs, CO for two years before they returned to the family ranch on Big Stick Mesa near Breen, Colorado.

They purchased a small part of the ranch and built their home. On a dark and stormy night, Pam's life would take a turn that would define her for the rest of her years. Margaret Paulek called to offer her two orphan lambs. From those two lambs would develop La Plata Farms and Pam's passion for the fiber arts. Over the years, Pam's spinning and weaving won many awards. She taught many students spinning, dyeing, and fiber processing. With her love for the Navajo-Churro sheep she raised she made many friends across the Navajo Nation and around the county.

After Cassie and Travis were born in the early 80's Pam started working for the Durango and Silverton Railroad as a Reservation Agent. During the next 28 years, she worked up to the position of Reservations Manager with a staff of 30 agents. She retired in 2013 to pursue her passions of spinning and weaving.

When time permitted Pam and Doug enjoyed exploring back roads and remote places in her Jeep Cherokee. She was an active member of the Creeper Jeepers Gang 4 Wheel Drive Club of Durango and Red Rock 4 Wheelers of Moab, Utah where she was a Trail Leader during the annual Easter Jeep Safari.

She was a dedicated wife and mother to her family, husband Doug Ramsey of Hesperus, son, Travis Ramsey and wife Kelleen Ramsey of Cortez, Colorado, Daughter, Cassandra Robinson and husband David Robinson of Cortez, Colorado. She has 3 grandchildren. She has one sister, Judy Seidel of Las Cruces, New Mexico. Both parents preceded her in death.

Pam touched may lives with her kind and generous spirit. She was loved by many and will be missed by all.

Memorial contributions: In lieu of flowers, donations can be made to Dine be' iina: The Navajo Life Ways; www.navajolifeway.org or the Navajo Sheep Project; [email protected]
Published by The Durango Herald on May 13, 2016.
To plant trees in memory, please visit the Sympathy Store.
MEMORIAL EVENTS
May
21
Celebration of Life
2:00p.m.
Library, Old Fort Lewis
18683 Highway 140, Hesperus, CO
MAKE A DONATION
MEMORIES & CONDOLENCES
12 Entries
I didn't even know she was sick all she mentioned was all the orders she had for her fiber art and not even being able to keep up with all the orders! You will be missed by so many...such a strong woman with so many passions! Love Ya! Stacy Sronce
Stacy Sronce
June 8, 2016
When I moved out here from New England, Pam welcomed me into my new spinning and weaving community with open arms and an open heart. She took this dairy farming girl under her wings and introduced me to the wildly different climate and soil of the southwest. She shared her spinning, dyeing, and weaving knowledge freely. Hers was a generous spirit and she deeply touched all who crossed her path. I will miss her and am grateful to have had the privilege and honor of calling her friend. My deepest sympathies go out to her family and closest friends.
May 21, 2016 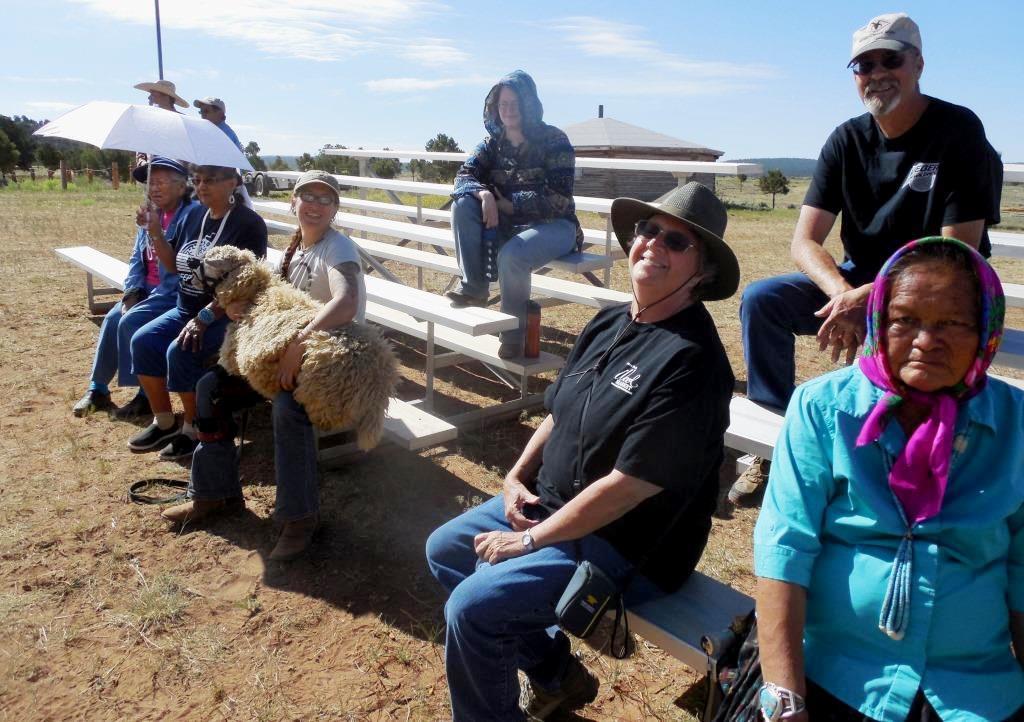 Doug, Cassie and Travis - you are in our prayers.
Cindy and Mike
May 21, 2016
Condolences to Pam's family. She was so generous to me with chokecherries, spinning advice and friendship and will be greatly missed.
Sharon Sichi
May 20, 2016
Pam will all ways be my neighbor and beloved friend and co-worker. I'll miss her very much.
Tom Brewer
May 20, 2016
Our condolences to Doug and the Ramsey family. We had many wonderful experiences getting all the passengers on the trains and rushing to get the trains to depart on time. Pam was such an important part of our job that we will remember her always. Ben Barker and all the DSNG Conductors
May 20, 2016
Doug, We from EVFAC want to express our deepest sorrow. Pam will be missed very much, but her energy and spirit will live on, particularly during this years' Churro Week.

Olimpia + entire EVFAC team
Olimpia Newman
May 19, 2016
Wonderful Facebook friend who I never met in person but felt as though I had.
Kathy Robbins
Kathy Robbins
May 18, 2016
I cannot find the words to express my appreciation of what Pam has done out of her passion of LOVE. I know right now your heart is heavy. It will take time for your hearts to heal. Take it one day at a time. I experience the same thing with my daughter who I lost to leukemia. I hope they find a cure for people who are fighting it. May you have the Lord guide you at the darkest hours of life. God bless!
Gloria Begay
May 18, 2016
Am sorry that we will not be here to attend pam's service. You have both contributed so much to the community. Pam's devotion to the country lifestyle was impressive. I know you all will miss her. Our condolences
Pat Demarest
May 16, 2016
It is hard to believe you aren't here., I would have been calling you tonight for a night out. I really miss you. In between us, the Kids, the Hubbies, we had many adventures. My memories are all good ones, I thank you for them. You were a very good friend to me a second mother to the kids. So many memories. I told you I have a hard time saying it right sometime and tonight is no different. So many thoughts, emotions. You're gonna always be remembered and missed.
Kathy Ray
May 15, 2016
Pam and Doug accepted me into their home and made me feel part of their family when I lived in Colorado. They have always been dear to my heart. I am terribly saddened to hear of Pam's passing and wish my best to Doug and her family. Love you all! Marla Brindley Trowbridge
May 15, 2016
Showing 1 - 12 of 12 results