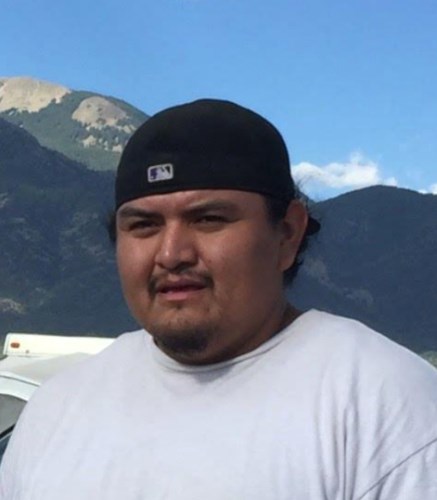 Nick was born February 1, 1990, to Richard S. Herrera and Natalie M. Richards in Durango, Colorado. He grew up in Ignacio and attended Ignacio Schools. He was an avid Broncos fan and loved to fish, snowboard and sing. Nick was working at the Taos Ski Valley Resort as a general maintenance technician. He loved the mountains of God's creation and very much enjoyed meeting new friends. He was proud and loyal to his reservation and heritage. Most of all, Nick loved family, and saw them through hardships and sunny days alike, standing next to them. He was a loving person, the greatest son, brother, uncle, nephew and cousin that anyone could have and will be greatly missed.

A wake will be held on Monday, January 17, at 55 Piwood Cir., followed by a Mass on Tuesday, January 18, 2022, at 10 am, at St. Ignatius Catholic Church. Burial will occur at Ouray Memorial Cemetery. Published by The Durango Herald on Jan. 13, 2022.
To plant trees in memory, please visit the Sympathy Store.
MEMORIAL EVENTS
Jan
18
Funeral Mass
10:00a.m.
St. Ignatius Catholic Church
CO
Funeral services provided by:
Hood Mortuary - Durango
MAKE A DONATION
MEMORIES & CONDOLENCES
Sponsored by Hood Mortuary - Durango.
2 Entries
Nat,my condolences go out to you, sending prayers and hugs your way,may your son rest in peace,God bless you and be with you at this painful time.
Darlene Martinez
Friend
January 14, 2022
You will be missed n loved nephew.
Dorene
January 13, 2022
Showing 1 - 2 of 2 results