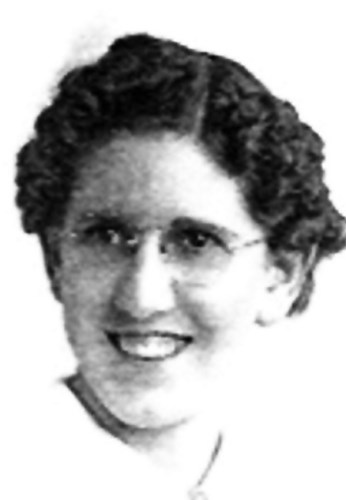 Mrs. Boyle was born to Gonzaga and Mayme Wethington on July 28, 1918, in Waterflow, N.M., but her father soon moved the large family to Farmington. She earned her registered nursing degree at Mercy Hospital's Nursing School in Denver.

On Sept. 21, 1940, she married Warren Boyle, in Durango. They began their married life in Denver, where Mr. Boyle worked as a machinist for the Denver & Rio Grande Railroad during World War II. The Boyles returned to Durango in 1947.

"Next to her love for her family and dedication to her church, she counted her nursing career as a wonderfully rich experience," according to her family. "Many residents from the Durango area will remember Blanche nursing them back to health with a smile and great bedside manner."

Mrs. Boyle believed in service to her community, her family said. "After working a full day at the hospital, she often went to the nursing home after work and visited the elderly there," according to her family.

An avid skier, Mrs. Boyle was also a fan of the Colorado Rockies.

"She always had several apples a day to eat, which her family attributed as the cause of her long fruitful life," according to her family.

When her husband once brought home actor Jimmy Stewart for dinner, Mrs. Boyle was embarrassed to tell them she had prepared a leftover hash.

"Jimmy Stewart moseyed over to the stove, tasted the hash, and in his best western drawl, stated, 'Blanche, I happen to love good ole-fashioned corned-beef hash,'" according to her family.

When she was 62, she had triple-bypass surgery after a heart attack. Only a couple of weeks later she went rafting down the Animas River with her daughter and grandchildren. Several months later, she climbed a tall mountain near Silverton, which her family nicknamed "Grandma's Peak."

Mrs. Boyle was preceded in death by her husband of 63 years, Warren Boyle

She is survived by her children Don Boyle of Redmesa, Bill Boyle of Gallup, N.M., Dr. John Boyle of Vernal, Utah, and Teresa Dillon-Lundgren of Erie; nine grandchildren; and numerous great-grandchildren.

A reception will be held after the service at the St. Columba Parish Center.
Published by The Durango Herald on Dec. 9, 2013.
To plant trees in memory, please visit the Sympathy Store.
MEMORIAL EVENTS
To offer your sympathy during this difficult time, you can now have memorial trees planted in a National Forest in memory of your loved one.
Funeral services provided by:
Hood Mortuary - Durango
MAKE A DONATION
MEMORIES & CONDOLENCES
Sponsored by Hood Mortuary - Durango.
0 Entries
Be the first to post a memory or condolences.