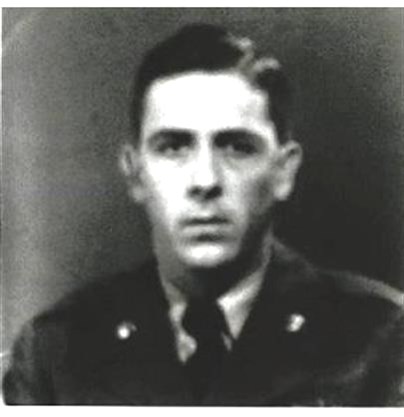 Marion Lavern Jones, 94, of Albuquerque, NM, passed away peacefully after a short struggle with cancer on September 6, 2021, surrounded by his family.

He was born March 3, 1927, to Muriel Eaker and Roy Jones, in Trinidad Colorado. Along with his siblings, Lorin, Bob, Bill, Jim, and Bonnie Mae, the family lived throughout the southwest, including northern New Mexico, southern Colorado, and Arizona. Marion joined the Navy in 1944 after his brother Bob was captured in the Pacific, (and subsequently killed aboard the POW Japanese transport ship Arisan Maru). After his service in the pacific at the end of WWII, he reenlisted in the Army in 1948 and served 16 more years before retiring from the military. He

married Lorraine Francis Koenig in 1954 and they raised five children. Marion attended and graduated from the Oklahoma College of Liberal Arts with a degree in History, and then worked for the federal government. They eventually purchased a cabin in Durango, Colorado, where they subsequently retired.

Marion was always interested in history and spent a lot of time researching the genealogy not only of his family but his wife Lorraine's family history as well. They traveled during their early years of retirement. He spent time ensuring that the service of his brothers, cousin, and in-laws were honored at the WWII memorial registry. Until his death, he looked forward to the biannual family reunion of his grandmother's descendants, the Eaker family, and enjoyed sharing the family history with relatives.

Not only was Marion a hero for his country, but also for his family, caring for his wife of 59 years while she struggled with Alzheimer's disease. He was preceded in death by his wife Lorraine; son-in-law Lawrence Snell and grandchild Douglas Snell. Marion is survived by their five children; Mark (Rikia Park), of Bosque Farms, NM; Susan, of Los Lunas NM; Tom, of Corrales, NM; David, of Chandler, AZ; and Paul (Traci Armenta-Jones), of Rio Rancho, NM. He is also survived by their grandchildren, Taylor, Zachary (Allie), Shelby, Jessica, and great-grandson Orin. Marion was preceded in death by his. A small private ceremony will be held upon interment at Santa Fe National Cemetery. Please sign Marion's online tribute at www.romerofuneralhomenm.com Romero Funeral Home, 609 N. Main St., Belen, NM
Published by The Durango Herald on Sep. 15, 2021.
To plant trees in memory, please visit the Sympathy Store.
MEMORIAL EVENTS
To offer your sympathy during this difficult time, you can now have memorial trees planted in a National Forest in memory of your loved one.
Funeral services provided by:
Romero Funeral Home
MAKE A DONATION
MEMORIES & CONDOLENCES
Sponsored by Romero Funeral Home.
1 Entry
The Buckley SFB military Retiree Activities Office (RAO) would like to offer our sincere condolences and our gratitude for Marion Lavern Jones, service to our country in the US Navy/Army. If you would like help with any matters related to casualty assistance, Defense Finance & Accounting Service, Survivor Benefit Plan (SBP), Veterans Affairs (VA), etc. you can contact our office on Buckley SFB at 720-847-6693. The RAO is staffed by volunteers, all military retirees themselves, and our sole purpose is to provide assistance to any military retirees and surviving spouses/family members with anything related to their military service and/or benefits, in particular during difficult times such as this. We are deeply sorry for your loss. Steve Young Lt Col, USAF, Ret Director, Buckley SFB RAO
Debra Paradeis
Other
September 15, 2021
Showing 1 - 1 of 1 results