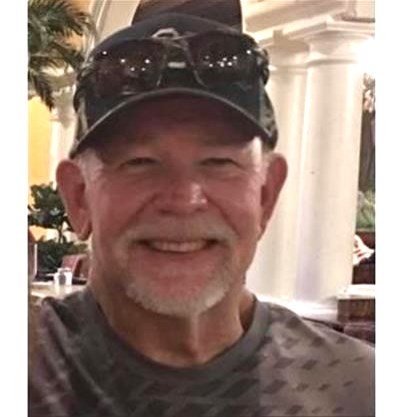 Larry Allan Jones, of Durango, CO, passed away after a very strong fight with cancer. His daughters and son-in-law were by his side.

Larry was born June 5, 1950 in Guthrie, OK to Billy and Kathryn (Hudson) Jones. Larry attended Oklahoma State University before joining the Army in 1970, and was honored with the Bronze Star for his service in Viet Nam. Larry worked for Williams Field Service (Kerr McGee) for 44 years, retiring from the Ignacio plant as Field Supervisor in 2016.

Larry was an avid sports fan, he rarely missed an OU football or softball game. He loved camping with his friends and everything involving nature, including chasing tornadoes, hoping to catch the perfect picture! Larry had a huge heart for animals, whether his own, his grandpups-kitties, or all the deer and other animals who visited his home frequently. He was an incredibly hard worker and there was nothing he could not repair himself.

Larry was preceded in death by his father, Billy, and mother, Kathryn (Hudson) Jones, and his grandparents. He is survived by his daughters, Lori Johnson, and husband, Brad, of Amarillo, TX, and Lisa Jones of Oklahoma City, OK, his grandsons Blake Johnson and Logan Johnson of Amarillo, TX, his sister, Jennifer Jamison and family of Mustang, OK, and many wonderful friends.

A service will be held Wednesday, July 7, 2021 at 2 p.m. at VFW, 1550 Main Ave., Durango. In lieu of flowers please make donations to The American Cancer Society, VFW, or charity of your choice.

Published by The Durango Herald on Jun. 29, 2021.
To plant trees in memory, please visit the Sympathy Store.
MEMORIAL EVENTS
Jul
7
Service
2:00p.m.
VFW
1550 Main Ave., Durango, CO
MAKE A DONATION
Please consider a donation as requested by the family.
MEMORIES & CONDOLENCES
3 Entries
Larry, you´re wisdom, humor and guidance were a blessing for those that knew you. Rest In Peace
Dale Ruggles
Work
July 4, 2021
We will miss your smile and your laugh. Fly high Larry. May you Rest In Peace.
Freddy and Gina Proctor
Friend
July 1, 2021
Roger and I would like to express our deepest condolences. We both worked with Larry at Williams. He will be truly missed. May you rest in the arms of our Lord. May you rest in peach Larry.
Charlotte Auckland
June 30, 2021
Showing 1 - 3 of 3 results