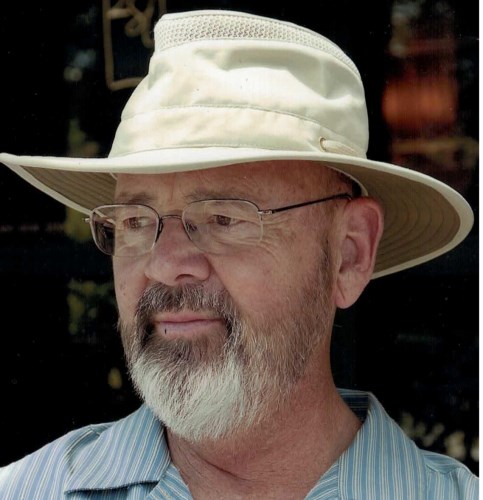 BORN
1937
DIED
2021
FUNERAL HOME
Hood Mortuary - Durango
1261 East Third Avenue
Durango, CO
John Viner was born in Washington, DC on October 17, 1937 to Bess and Gilbert Viner. He moved to Montgomery County, Maryland after graduating from Coolidge High School in 1955. He received a BS in Civil Engineering from the University of Maryland in 1959, an MS in Structural Engineering from the University of Illinois in 1961, and did further studies at the U of Maryland while he was an instructor.

In 1963, he married Eliane Mueller-Trapp, a nursing student from Alsace. True to his love of the outdoors, their first date was a canoe trip. For their honeymoon they toured Europe, meeting and visiting Eliane's family. Many later trips featured canoeing and hiking in the U.S. and across the globe.

He worked as a research engineer for the Navy at the David Taylor Model Basin until 1967, later as a research engineer for the Federal Highway Administration. During his career in highway safety he served as a member of several national and international research committees. In his spare time he testified on behalf of citizens groups on traffic issues and on land use proposals. John retired from the US federal government in 1996 as a senior research engineer, earning a Superior Career Service award. That year he was also recognized as Citizen of the Year in Montgomery County.

His most visible engineering achievement was conceiving and developing a specific guardrail shape, the thrie-beam, to improve highway safety, a design that has been widely adopted across the world. He enjoyed traveling and seeing it employed, first in just a few states but later across most of the United States and in Mexico, France, Turkey, and Romania. He considered himself lucky to be able to make such a visible impact.

John treasured his introduction through the Boy Scouts to the outdoors. Years later, he could not say "no" when asked to serve as scoutmaster, then as Eagle chairman, a position in which he served for 20 years. He was proud to have advised 42 boys in this capacity, helping them all to become Eagle Scouts like his son.

In 2001, John and Eliane moved to Durango where he developed a deep interest in the area's archeology and geology. He shared these interests as a Rail Ranger on the Durango and Silverton Narrow Gage Railroad and, with Eliane, volunteered at Mesa Verde National Park. He also testified on the traffic impacts of development proposals in Durango. John loved painting outdoor scenes and, after retirement, pursued that hobby as well.

John is survived by Eliane, his son Doug, daughter-in-law Tabitha, and several cousins.

Go fly with Eagles.
Published by The Durango Herald on Sep. 13, 2021.
To plant trees in memory, please visit the Sympathy Store.
MEMORIAL EVENTS
To offer your sympathy during this difficult time, you can now have memorial trees planted in a National Forest in memory of your loved one.
Funeral services provided by:
Hood Mortuary - Durango
MAKE A DONATION
MEMORIES & CONDOLENCES
Sponsored by Hood Mortuary - Durango.
6 Entries
Iliane, I have been in Mexico for three weeks visiting my son and just found out that John had died. I am so sorry. I know it has been very difficult for you as he was a very special person. Juar know that I am thinking of you.
Dorothy N Newell
Friend
September 22, 2021
Condolences from a fellow rec center pool pt participant
James Smith
September 16, 2021
As the days and weeks pass, and as you return to life's routine, may you continue to feel comforted by the love and support of family and friends. We will certainly miss our conversations and friendship.
Richard and Annemarie
Friend
September 16, 2021
I am shocked and saddened to see that John has left us. Over the last few years we have shared numerous conversations about issues that were concerning to us both. John was a thoughtful and honorable man who never stopped caring about the safety of others. His ongoing participation and efforts to help guide road projects in a more positive direction is an example of his dedication. My sincere condolences to the loved ones he has left behind.
Janice Bourret
September 14, 2021
Thinking of you Eliane at this time of loss. So very sorry to hear of John´s passing. Sending healing prayers to you.
Ginny Brown
Friend
September 9, 2021
Eliane, my sincere condolences. John will be missed.
Friend
Other
September 4, 2021
Showing 1 - 6 of 6 results