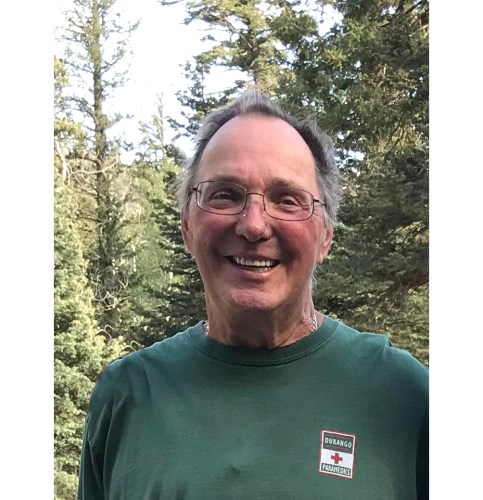 John attended Dickinson State College on an athletic scholarship. After college, he moved to Red Lodge, MT where he enjoyed skiing and developed his love for carpentry and construction. He then lived in Killeen, TX, and continued working in construction when he moved to Fountain Hills, AZ. In 2000, he moved to Covina, CA where his life was drastically changed for the better.

John overcame immense obstacles and not only chose sobriety but also met the love of his life, Gloria (Pascoe) Ternes. They married in 2006 and moved the next year to Aztec, NM where John built their home and business. He was a licensed general contractor and started Terco Construction in 2007. They later moved to their beautiful home that John built outside of Durango, CO.

In October 2021, John would have celebrated 21 years of sobriety. In his sobriety, he was a consistent and willing speaker and volunteer for many organizations. Dynamic, talented, and outgoing, John was known for his big personality, generosity, and wonderful sense of humor. He started experiencing back pain, and tests on August 31 diagnosed kidney cancer, which spread rapidly as angiosarcoma, a rare and very aggressive cancer. Eighteen days later, this world lost an incredible man. While in the hospital, he told his mother, "Two things I never want to lose: My faith in God and my sense of humor!" John was in peace as he passed; he said that although he wanted to live, he wasn't afraid to die.

He will be missed by so very many. John and his wife, Gloria Ternes, shared one of the sweetest loves ever. He is also survived by his mother Anne Wentz; his son Brad (Carolyn) Berlin; his grandchildren Bennett and Lauren Berlin; his step-son Andrew Pascoe; his grandson Andy Pascoe; his siblings Thomas (Ruth) Ternes, Tim Ternes, Jerry (Linda) Ternes, Constance (Ritch) Wells, and Colleen (Chris) Falletta; his aunt Diane Zainhofsky; and many nieces, nephews, and cousins.

A celebration memorial will be held this summer in the Durango, CO area. In lieu of flowers, please contribute to the Kidney Cancer Association (https://kca.securesweet.com/JohnTernes), or to Vallecito Church where donations will be used to help people in recovery. (www.VallecitoChurch.net - Online Giving: "John Ternes Memorial Fund." Or mail to Vallecito Church, 17576 Co Rd 501, Bayfield, CO 81122.)
Published by The Durango Herald on Oct. 5, 2021.
To plant trees in memory, please visit the Sympathy Store.
MEMORIAL EVENTS
To offer your sympathy during this difficult time, you can now have memorial trees planted in a National Forest in memory of your loved one.
MAKE A DONATION
MEMORIES & CONDOLENCES
2 Entries
Truly one of the best friends a person could have, always happy and fun, miss you and see ya on the other side!!
Boots Hardy
October 11, 2021
My sincere condolences to this loving family, John was a wonderful man and will truly be miss by all. Ann, Tom, Tim, Jerry, Constance and Colleen I pray you all can support each other and remember John for all the love he gave to each of you.
Pat Heit
Family
October 4, 2021
Showing 1 - 2 of 2 results