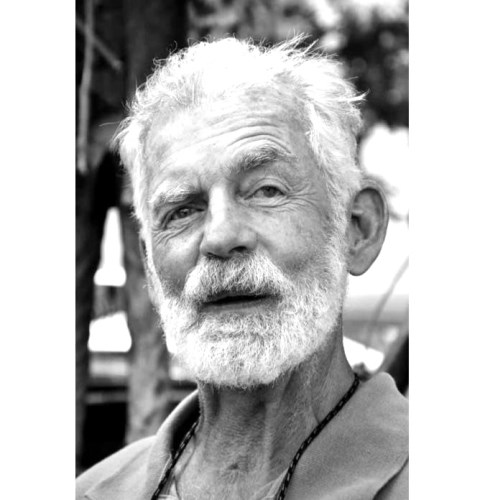 A man is extraordinarily fortunate if he finds one real love. Jeremy found two.

After meeting in high school and for 50 years, Jeremy and Judy Fernekes Coleman were inseparable. They were loving parents. Judy taught mathematics at Durango High School for many years. Sadly, Jeremy & Judy were separated in 2012 in a fatal car crash.

Yet, true love struck twice. At the age of 74, Jeremy married Virginia (Ginny) Wood Brown, also a widow, in Durango in 2015 and they launched a second life together. Ginny is a Deacon at St. Mark's Episcopal Church. After their first date over a McDonald's senior coffee, they joyfully brought unique life experiences to their marriage; one of respect, adventure, and mutual devotion. After six years together, they were moving to Traverse City, Michigan, to start a new adventure.

Dr. Coleman was a well-educated man. He held a Bachelor of Science-Civil Engineering degree from Princeton, Master of Public Administration from Harvard, and a Doctor of Business Administration from George Washington University. His varied career included roughnecking on oil rigs; building highways during the great Federal road expansion of the '60s; administering railroad funds for the Federal Bureau of Transportation in DC; and eventually becoming a Professor of Business at Austin College and Fort Lewis College.

After 20-years as an academic, Jeremy retired from Fort Lewis a Full Professor, with assignments as Acting Dean and Assistant Dean of the School of Business. He was named Professor Emeritus in 2002. He loved teaching in all aspects of his life. He and Judy took students to China and Europe to study. He taught in Bulgaria shortly after the fall of the Berlin Wall and grew to be an internationalist, bringing that awareness to southwest Colorado. He was responsible for launching FLC's International Business Program and founded the "Jeremy & Judith Coleman Study Abroad Scholarship Fund."

Jeremy died on July 17, 2020 in Grand Junction from injuries sustained in a fall. Jeremy is survived by his beloved wife Ginny; his two kids Sean and Prescott; his two grandchildren Connor and Oliver; his stepchildren Alison and Katie; his step-grandchildren Wes, David, and Jack; and his three siblings Liz, John, and Kathy.

Memorial services are undetermined, given the pandemic. A comprehensive obituary copy is available, please visit www.brownscremationservice.com .
To plant trees in memory, please visit our Sympathy Store.
Published by The Durango Herald on Aug. 20, 2020.
MEMORIAL EVENTS
No memorial events are currently scheduled.
To offer your sympathy during this difficult time, you can now have memorial trees planted in a National Forest in memory of your loved one.
MAKE A DONATION
MEMORIES & CONDOLENCES
2 Entries
Jeremy and I taught together at Fort Lewis for many years. We were also neighbors living at Falls Creed Ranch. I knew both of his wives and he was indeed a fortunate person to have found Ginney after his wife Judy was taken in a horrible car crash. He was indeed a scholar and a great teacher. But he is gone now and we are that much poorer by his death. God bless you Jeremy and we will meet again.
Bernard and Phyllis Anderson, La Paz, Baja Sur, Mexico
Friend
August 23, 2020
I loved your sense of humor and kindness. Jeremy you will be missed at every football game . I am so lucky to be around you and Ginny, You are on your next adventure may the wind dance with you and the angels sing your name .
Sweetie Marbury
Friend
August 21, 2020
Showing 1 - 2 of 2 results