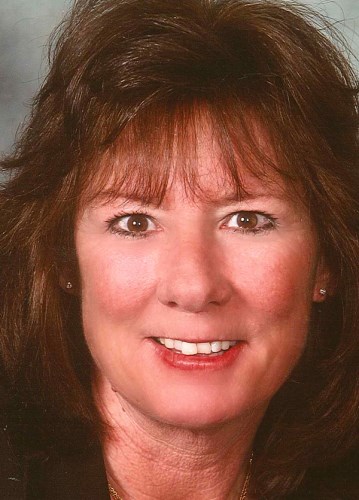 Mrs. Grubb was born to William and Rosezella Kelly on Dec. 9, 1955, in Washington, D.C., because her father was in the military. They lived in the Hattsville/Riverdale, Md., area until 1969, when her family moved to Melbourne, Fla.

She graduated from Eau Gallie High School in 1973 and went to work in the production department of Harris Corp., an electronics manufacturer.

In 1976, she married Charles W. Grubb III in Melbourne. They moved to Orlando. In 1984, they moved back to the Melbourne area.

The Grubb family moved to Durango in 1992. Mrs. Grubb became the production manager for Barracuda Bicycles. She later fulfilled a lifelong dream of becoming an airline flight attendant with American Eagle before moving on to become a marketing consultant with Four Corners Broadcasting. She had been at Four Corners Broadcasting for more than seven years.

"Jayne had an amazing mind for promotional ideas, tying together seemingly unrelated topics to create special events for her clients," her family said.

She was a member of the Southwest Colorado Coalition for Occupant Protection, which promotes the use of seat belts and child-safety seats, and worked closely with the La Plata Injury Prevention Coalition.

While still in Florida, Mrs. Grubb enjoyed fishing for the big ones in the Indian River, but, she felt like there was only "bait" in Colorado, her family said. She especially enjoyed watching her daughter race BMX and traveling across the country to the big events in the sport.

"She loved dogs and had a special gift for training them," they said, "winning several obedience shows with her first dog, Jenny. Jayne also had a great sense of humor and her son always kept her laughing with his British accent and funny work stories. She had a ready smile for everyone, even during her long battle with cancer, and refused to be anything but a ray of sunshine."

In lieu of flowers, memorial contributions may be made to the American Cancer Society, 1800 East Third Ave., Suite 101, Durango, CO 81301.
Published by The Durango Herald on Oct. 16, 2012.
To plant trees in memory, please visit the Sympathy Store.
MEMORIAL EVENTS
To offer your sympathy during this difficult time, you can now have memorial trees planted in a National Forest in memory of your loved one.
Funeral services provided by:
Hood Mortuary - Durango
MAKE A DONATION
MEMORIES & CONDOLENCES
Sponsored by Hood Mortuary - Durango.
0 Entries
Be the first to post a memory or condolences.