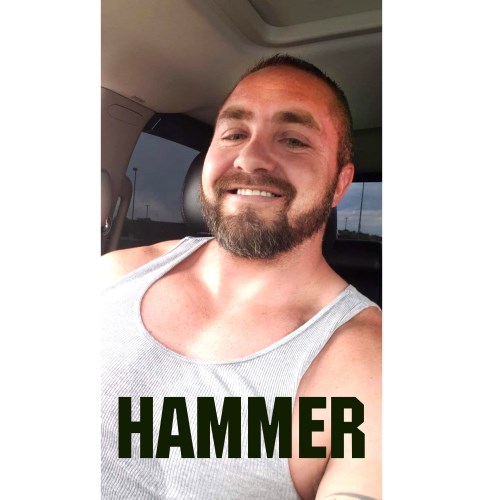 After high school James started a 20-year career in the oild fields in Colorado & New Mexico. He eventually migrated to hauling big rigs in Colorado of which he was very proud of. James was very talented and excelled at every task he was given; he moved rigs and equipment over any road & any mountain pass that most operators were afraid of or declined to do. James lived in several places in his career one being Greeley, CO, where he was a volunteer firefighter for the LaSalle FD, he was always in search of a challenge like the 911 stair climb which he successfully completed. The last job that James took on of which he was proud of doing was he became a crane operator where he set up the large wind turbines in different states.

Some of the things James enjoyed doing when he was younger were hunting and fishing with family & friends. Hobbies he enjoyed were things that were challenging and competitive like playing chess, poker, pool playing, weight lifting. James was also an arm wrestler with several Snowdown championships to his credit and the 2019 Wyoming State Champion, but his favorite thing to do was ride motorcycles. James learned to ride scooters at a very young age along with his siblings and became one of the best riders I had the pleasure to ride alongside.

James was a very loving and caring Son, Husband, Father, Uncle and extremely loved by his daughters, step sons and all that knew him.

A memorial service will be held September 18, 2021 at Ft. Lewis Collge Concert Hall at 11 a.m. with a motorcycle / car procession to Greenmount Cemetery. A reception will follow graveside service at the V.F.W. Hall.
Published by The Durango Herald on Sep. 2, 2021.
To plant trees in memory, please visit the Sympathy Store.
MEMORIAL EVENTS
Sep
18
Memorial service
11:00a.m.
Ft. Lewis Collge Concert Hall
CO
MAKE A DONATION
MEMORIES & CONDOLENCES
6 Entries
Aunt cricket I'm so sorry to hear this train news. I am certain you are heart broken. I can recall you beaming with pride when speaking of him. We love you and will keep you and your family in our prayers. Love ya so much and wish I could hug you right now. I will come and see you
Deanna L Nelson
Other
September 28, 2021
Terribly sorry to hear this news. Prayers for his family and children and all loved ones. He was a fun guy to be around and always made sure everyone had fun. He was also so much fun to play poker with. Rest in peace, man.
Ray Mondragon
Work
September 3, 2021
May God bless you and your family in this time of sorrow. Will never forget you rest in pease.
Mary Olivo
September 3, 2021
So very sorry to hear about your loss it seems like our family has lost so much in these past years God Bless James on his new adventure
Sharon Proctor
September 3, 2021
James was my son Kelly 's best friend. Due to that he was like a son to me. He will always have a special place in my heart. We, Mike and I are so sorry for your loss and know that James will live on in all of the hearts of his friends and family. He will be missed by all who knew him.
Mike and Shirlene Sexton
September 2, 2021
Dear Fred and Vanessa, We did not know James personally, but we knew him through Daniels childhood stories. We are very sorry for your loss and we offer our deepest condolences. Just know that you child´s light reached out further than the people he personally knew. You and your family are in our thoughts and prayers.
Rosemary & Anita Longoria
Other
September 2, 2021
Showing 1 - 6 of 6 results