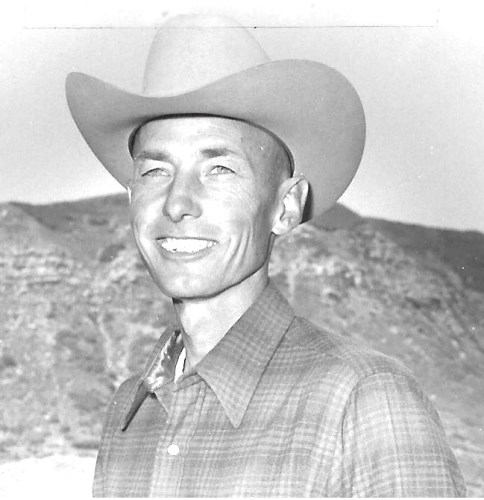 Jim arrived in a small house in Bayfield at the end of Mill Street to parents Fred and Lulu Frahm, the youngest of four boys. His life from that point on was in the place he loved with the good people in his life.

Jim was one of 17 in the Bayfield High School graduating class of 1949 where he played basketball and was as active as time allowed when not helping at home. He attended the early campus at Fort Lewis College in Hesperus and then Arizona State College when it was young and Tempe was a small town. His first year there, he was housed under the football stadium. Graduating in 1953, he went on to the cadet program in the navy where he attended Officers Candidate School and was commissioned; he later trained as a multi-engine pilot based at Barbers Point Naval Air Station in Hawaii.

On a flight back over the Pacific in 1957, he met his future wife, Ellen Littlewood; they were married in Honolulu in 1958. The young couple soon headed back to the mainland after his discharge where they purchased a ranch in Allison, Colorado. The ranching part in his life for some 35 years included having three children, serving nine years as president of the Ignacio Board of Education, being an active member of the Cattlemen's Association, Lion's Club and American Legion, and serving as an elder for both the Allison and Bayfield Calvary Presbyterian Churches.

Jim and Ellen moved back to the Bayfield area from Allison in 2000 where Jim founded the Pine River Valley Heritage Society museum established on Mill Street. After several years on a smaller piece of land with beautiful views of the mountains, they later resided at Evenings Porch Assisted Living facility in Bayfield, a secure and supportive place where Jim found his peace on August 22nd with his family by his side.

Preceding him in death were his parents and brothers, Dick and Ellis. Jim is survived by his brother Alfred, nieces Vicki and Cherry, his wife Ellen; son Mike; daughters Kim and Rebecca; five grandchildren (Ken, Justin, Brady, Luke, and Olivia); and two great-grandchildren (Ira and Jimmy).

The family is planning a memorial celebration in October, date to be announced.

To plant trees in memory, please visit our Sympathy Store.
Published by The Durango Herald on Aug. 25, 2020.
MEMORIAL EVENTS
No memorial events are currently scheduled.
To offer your sympathy during this difficult time, you can now have memorial trees planted in a National Forest in memory of your loved one.
MAKE A DONATION
MEMORIES & CONDOLENCES
4 Entries
Jim was a good friend of my dad and I got the benefit of knowing he and his family from an early age. It was always a pleasure seeing Jim he was just a good man ! RIP Mike, Kim and Becky you were lucky to have such a great dad.
Jon Carmack
Friend
September 13, 2020
I have fond memories of playing the part of a "cowgirl"; moving the cattle around and driving the tractor during haying! Jim was a super brother-in-law and I will miss him greatly!
Mary Littlewood
Family
August 29, 2020
I am so sorry that the world has lost such a fine person. Jim was a wonderful person and will be missed by everyone who knew him.

I also am a native of Bayfield and graduated from Bayfield High School a few years after Jim. I didn't know Jim well then. He was one of the "big kids" and I was in awe of him. He was always so nice to us little kids. In our later years I had the privilege of getting to know him better and enjoyed chatting with him about the old days, times and places. He will certainly be missed. I would like to extend my sympathies to Ellen and the Frahm family.

Joanne McCoy
Joanne McCoy
August 29, 2020
I always placed Jim in the category of a fine man. I worked with him when I was with the Town of Bayfield and he with the Heritage Society. My love and deepest condolences to his family and friends, the loss of such a good person leaves a very empty place in your heart. Hugs.
Melissa
August 25, 2020
Showing 1 - 4 of 4 results