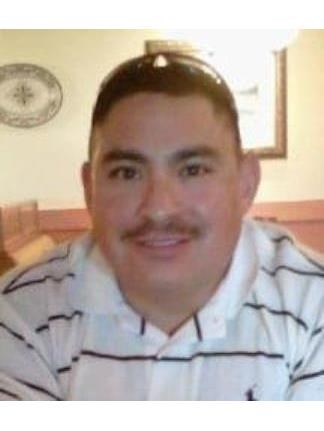 BORN
1966
DIED
2021
Jake Gregory Candelaria born on August 31, 1966, in Durango, Colorado, passed from this life on Saturday, October 9, 2021, at the age of 55. Jake joined the United States Army from 1987-1991, where he served in Desert Storm. He began his law enforcement career in 1993 and after 25 years of service in various agencies of La Plata County Colorado, he retired and moved to Beaumont, Texas. Jake was in his last semester at Lamar Institute of Technology and would have graduated in December with his associates in Occupational Health and Safety.

Jake never met a stranger and could make conversation with anyone. He was a bookworm and avid reader. Jake also loved music and had an encyclopedic knowledge of it. He was a fan of watching Super Cross and enjoyed watching the sport of running, especially Olympic events. Jake enjoyed his life to the fullest but, most of all, he loved his children and grandchildren.

He is preceded in death by his father, Jake J. Candelaria.

His cremation will be handled through Broussard's Crematorium in Beaumont, Texas and his services will be held in Colorado at a later date.
Published by The Durango Herald on Oct. 12, 2021.
To plant trees in memory, please visit the Sympathy Store.
MEMORIAL EVENTS
To offer your sympathy during this difficult time, you can now have memorial trees planted in a National Forest in memory of your loved one.
MAKE A DONATION
MEMORIES & CONDOLENCES
3 Entries
My condolences to the family.
Dorene Baker
Friend
October 17, 2021
Such a kind soul. You were there for the kids in the community. Always dedicated to making a positive and impact on the community. You will be missed.
Tara Mitchell
Friend
October 14, 2021
Got the memories. Husky and prairie dogs. Had a lot of good times when we were young. Gonna miss you Cuz
Craig Candelaria
October 13, 2021
Showing 1 - 3 of 3 results