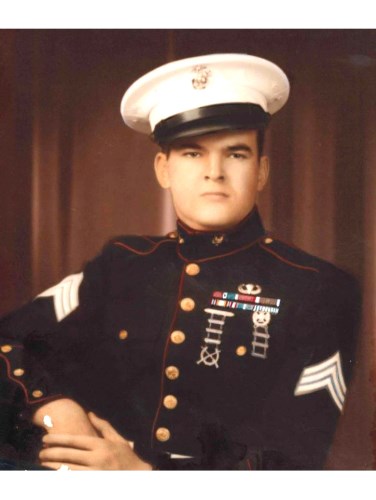 George Howard Olbert, 86, passed away in Thornton, CO in May 2020. He was born in Ignacio, CO, to George Francis Olbert and Hannah Inez (Tycksen) Olbert. He lived in Ignacio, Bayfield, Durango, CO, and in Farmington, NM. In 1953 he enlisted in the U.S. Marines where he served abroad and earned medals of distinction. After the Marines, he worked with the US Forest Service in Durango, becoming a surveyor and party chief for the U.S. Bureau of Reclamation. He also worked for several private construction companies before retiring. Howard met and married Sandra Lavern Merritt in 1962 and together, they raised four children, Jasan Carole Bronish, Michael Lon Olbert, Rae Dawn Hilker, and Janis Rossi.

He enjoyed family outings that included camping, hunting, and fishing. He was an avid reader and was always in search of a good game of chess. He is survived by his children, six grandchildren, great-grandson; sister Karen Peters of Denver; and several nieces, nephews, and cousins. Howard was preceded in death by his parents; brother Charles Olbert; and sister Barbara Stallings. A private cremation was held in Denver, which will be followed by a family memorial at a later date.

To plant trees in memory, please visit our Sympathy Store.
Published by The Durango Herald on Aug. 31, 2020.
MEMORIAL EVENTS
No memorial events are currently scheduled.
To offer your sympathy during this difficult time, you can now have memorial trees planted in a National Forest in memory of your loved one.
MAKE A DONATION
MEMORIES & CONDOLENCES
0 Entries
Be the first to post a memory or condolences.