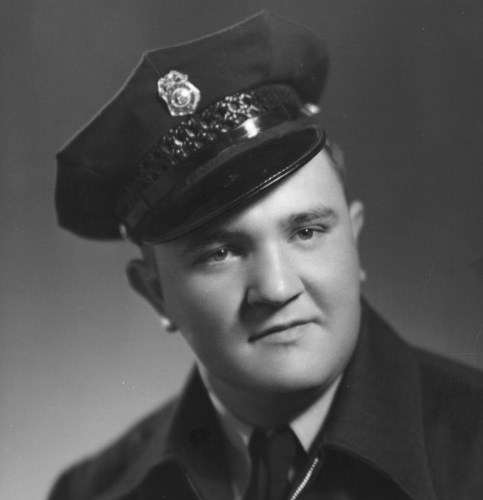 BORN
1935
DIED
2021
FUNERAL HOME
Hood Mortuary - Durango
1261 East Third Avenue
Durango, CO
Frank Alic Shry met his Savior on November 5, 2021. Frank was born in Durango in 1935, the only child of Frank Shry Jr., and Olga E. Shry and grew up on the south end of 4th Avenue, along with an extended family that lived in the same neighborhood. That was Frank's "Birth Tribe", along with the Priests, Nuns, and parishioners of Sacred Heart Church and School, where he was an attendee, altar-boy, and student. Frank is an Alumnus of the Durango High School Class of 1953.

If you know Frank A. Shry, you know Mary K. Shry. Frank and Mary Kathleen Martin met in the early spring of 1958 and were soon married. They quickly undertook an adventure in the US Air Force, moving out of Durango to places like El Paso, Texas and Seville Spain.

Frank was Honorably Discharged from the USAF in 1962 and the newlyweds returned to Durango with two young boys: Mark and James. Frank returned to his original, steady employer and passion with The Durango Fire Department and they bought their family home. Next to arrive were Daniel and Mary along with an addition to their modest house in the Crestview Area. Soon followed Christine and Frederic "Fritz". There were almost enough Shry's to field a baseball team!

Frank instilled a sense of purpose, duty, and service in his children and all of those he had influence upon. Achieving the office of Assistant Fire Chief, Frank retired from the Durango Fire Department in 1998, after 42 years of service. Frank was a devoted husband and father, fire fighter, youth group leader, garden tender, button box player, bread baker, sausage maker, mushroom picker and wood gatherer. He will be dearly missed. His service to his God, his family, his country, and his community has set an example that should be vigorously and courageously emulated.

Frank was preceded in death by his parents Frank and Olga Shry as well as numerous aunts and uncles.

Have no fear Dad.....we are on the way!!!!! When it's our time, please hit those lights and sirens so we can find you quicker!

Donations in Frank's memory can be made Mercy Hospice, Knights of Columbas, the 100 club or Saint Columba School. 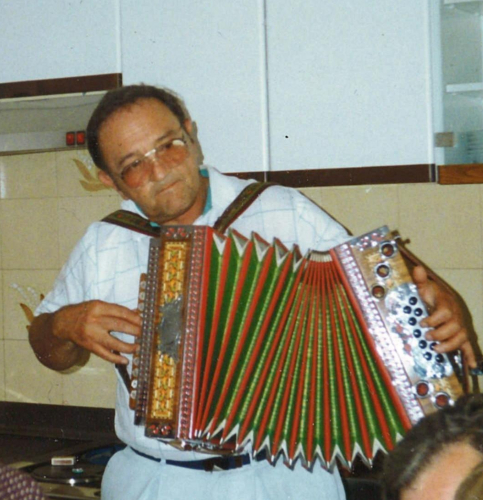 Published by The Durango Herald on Nov. 9, 2021.
To plant trees in memory, please visit the Sympathy Store.
MEMORIAL EVENTS
Nov
13
Celebration of Life
VFW Post# 4031
1550 N. Main Ave, Durango, CO
Nov
13
Funeral service
10:00a.m.
Saint Columba Catholic Church
1800 E. 2nd Ave, Durango, CO
Funeral services provided by:
Hood Mortuary - Durango
MAKE A DONATION
MEMORIES & CONDOLENCES
Sponsored by Hood Mortuary - Durango.
9 Entries
I am so sorry to hear of Frank´s passing. We was always a bright light that would bring a smile to your face with his Shry humor. He is one of those people who will never be forgotten. My sincerest condolences.
Janice Bourret
November 16, 2021
so sorry to you and your family,for your loss
susan
November 13, 2021
Always a smile, always a joke for fun & maker of the best sausage ever! A sweetheart!
Rad Rosinski
November 13, 2021
To all the Shry family, I'm sorry for your loss. You are in my thoughts and prayers. May God bless you and hold you close.
Lori (Thompson) Sauck
Friend
November 12, 2021
Hello, Mary. I'm so sorry to hear of Frank's death. I so wish that I could be with you at the funeral, but I'll be helping out over here in Canon City. I will remember him in my masses here in Canon. Say hello to Mary and all the family. I have many fond memories of Frank and will always honor his memory. God bless. Fr. Jim
James F Koenigsfeld
November 11, 2021
Mark , Jim & Shry family: So sorry for your loss. "Eternal rest grant unto him oh Lord and may perpetual light shine upon him".
Phil Alcon
School
November 10, 2021
May God bless you and your family in this time of sorrow.
Ronald Ollier
November 10, 2021
It was great working with you! You will be missed.
Raymond Mestas
November 10, 2021
We are so very sorry to hear of Frank´s passing. He was always quick with a smile and made you feel like he was genuinely glad to see you. We are blessed to have traveled the road of life with him for awhile through St. Columba. Our thoughts and prayers are with his family.
Kim and Sheri Pardini
Other
November 10, 2021
Showing 1 - 9 of 9 results