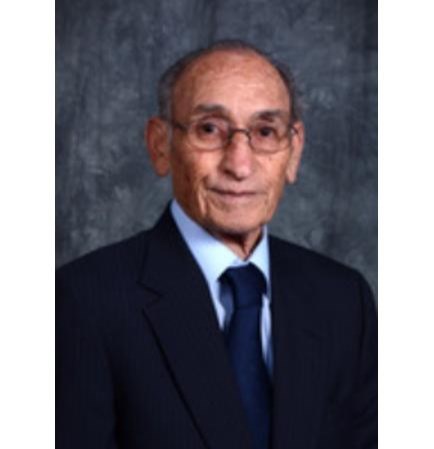 BORN
1933
DIED
2021
Filbert Anthony Garcia born January 17, 1933 in Durango, Colorado and raised in Ignacio, Colorado, was called home by our Heavenly Father on September 20, 2021 in Boise , Idaho. Bert, as most knew him, graduated from Ignacio High school and was drafted shortly after, where he would serve two years in the Korean War as a bugler. His skill for playing the trumpet led him to playing for many military funerals and marching in the drum and bugle corp. He was an active member of the American Legion, VFW, and Elks Club.

He married the love of his life Mary G. Garcia from Durango, CO on October 15, 1956, and they would have celebrated 65 years of marriage. Together they owned many businesses in the Durango and Florida Mesa area, where they raised their family. They moved to New Mexico in 1982 after retirement where they resided until they relocated to Grand Junction, Colorado in 2014 with their son and daughter-in-law until July of this year when they left to Boise, Idaho.

He was a wonderful husband, loving father, adored grandfather, uncle and friend and loved his family more than anything. He will be dearly missed and live forever in our hearts.

He is preceded in death by his mother Pauline Moreno, brother Alex Moreno, grandparents (who raised him) Thomas and Estefanita Garcia; uncles Filbert, Steven, Eddie, and George Garcia; and aunts Della Parks and Josephine Slopanski.

Due to COVID a private family service has already taken place.
Published by The Durango Herald on Oct. 11, 2021.
To plant trees in memory, please visit the Sympathy Store.
MEMORIAL EVENTS
To offer your sympathy during this difficult time, you can now have memorial trees planted in a National Forest in memory of your loved one.
MAKE A DONATION
MEMORIES & CONDOLENCES
5 Entries
May God bless you and your family in this time of sorrow.
Carl Potter
October 19, 2021
I will remember Bert with a smile, which is what he always met you with. I hope the music he shared will always be with you and comfort you now.
Myra Herrera Hunt
Friend
October 13, 2021
Our deepest sympathy to Mary, and the family for the lose of such a wonderful man. I will never forget the family band you all had....much love and sympathy
Ted and Vickie Tucson Atencio
Friend
October 12, 2021
Our prayers are for your family. I remember your dad well.
Brenda Bemenderfer Cundiff
October 12, 2021
So sorry to hear of Your fathers passing. May God bless your family at this difficult time.
Ron Harris
Other
October 12, 2021
Showing 1 - 5 of 5 results