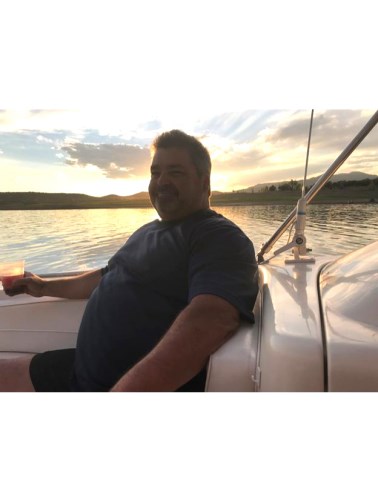 BORN
1966
DIED
2021
Eugene (Gene) Knight Carlson, age 55 went to be with the Lord on the morning of October 27, 2021. Gene was born in Birmingham, Alabama on October 10, 1966, to his mother Carol Nell Knight (Carlson) and Robert Henry Carlson III. Gene was the middle child of three children and leaves behind his sister Catherine Gustavson and his brother Robert Carlson IV. Gene went to Briarwood Christian School and graduated in 1985. He attended Auburn University and graduated from the University of Alabama at Birmingham with a Bachelor's degree. Gene owned

Custom Window Coverings in Durango, Colorado for 26 years. He married Jamie Lyn Ross and became a father to her two daughters Jaylie Ross and Jaida Ross on November 17, 2001. Gene and Jamie had Cayanne Knight Carlson and Cade Eugene Carlson in 2002. Gene was a man of God and was an avid outfitter, fisherman, and a wonderful father, husband, brother, son, uncle, and friend. Memorial Services will be held at Pine Valley Church in Bayfield, Colorado on November 4th at 11:00 am. In lieu of flowers, the family requests financial assistance for services through their GoFundMe account.
Published by The Durango Herald on Nov. 1, 2021.
To plant trees in memory, please visit the Sympathy Store.
MEMORIAL EVENTS
Nov
4
Memorial service
11:00a.m.
Pine Valley Church
Bayfield, CO
MAKE A DONATION
MEMORIES & CONDOLENCES
1 Entry
Jamie I am so sorry for your loss. My thoughts, prayers, hugs and love are with you and your family!
Barbara Sammons ( Mary Miles mom)
November 1, 2021
Showing 1 - 1 of 1 results