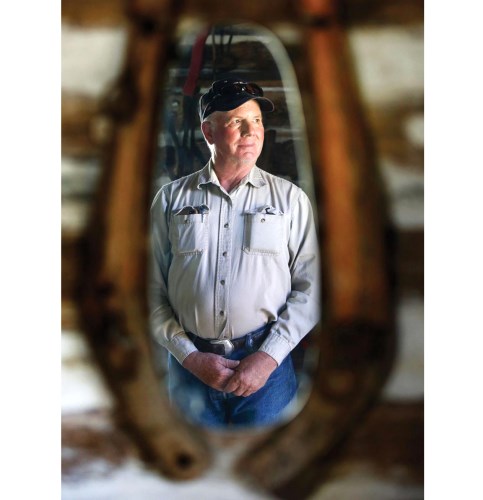 A man known for his heart of service, Edwin A. "Ed" Zink died Friday, Oct. 11, 2019 at Mercy Regional Medical Center of complications from cardiac arrest. He was a month shy of his 72nd birthday.

A celebration and memorial were held at 10 a.m. Monday, Oct. 14, 2019, at the Community Concert Hall at Fort Lewis College.

"Most people know him from a few things, but many don't know everything he did because there was so much," said his oldest son, Brian Zink. "He was molded from being born in the Animas Valley at a time when neighboring community problems probably meant more than now. While the valley has been his early neighborhood, it extended to the world beyond. And a big part of his service was being a visionary and a problem solver."

Many people would be recognized for founding one lasting organization. Ed founded or co-founded four, the Iron Horse Bicycle Classic, Trails 2000, the San Juan Mountains Association and 4Core.

He may be best known for his work in the bicycling community, which not only meant founding and volunteering for the second oldest, continuously running cycling event in the U.S., the IHBC, in 1972, but putting Durango on the map with the national and international biking community. The Iron Horse, which pits bicyclists against the Durango & Silverton Narrow Gauge Railroad in its signature event, now brings in more than 4,000 people for the three-day event.

"The Iron Horse came about not because he loved cycling, but because he owned a business downtown (Mountain Bike Specialists) and wondered what Durango could do to have an event in Rio Grande Land to get more people into town at the beginning of the summer," Brian said.

Once the IHBC was up and running, Ed and the organization became involved in holding more events, including the first World Mountain Bike Championships in 1990. Because the sanctioning sponsor, the Union Cycliste Internationale, had decades of experience overseeing road bicycling events, but virtually none with mountain biking, Ed and his extensive group of sponsors and volunteers found themselves inventing the championships, not just holding them.

The experience led to hosting the National Mountain Bike Championships, World Cup and Collegiate National Championships through the almost 50 years since its inception.

Because of his experience with the IHBC, Ed served on the board of the National Off Road Bicycle Association for eight years, including as vice president. He was a member of USA Cycling for 28 years and served on its board for eight years. An honorary official at the 1996 Atlanta Olympics for mountain biking Ed was awarded the Korbel Cup by USA Cycling in 1997 for Lifetime Achievement in Cycling. He was also a member of the Bureau of Land Management's National Mountain Bike Task Force.

Shortly before the World Mountain Bike Championships, Ed was a founder of Trails 2000 Now in its 30th year, Trails 2000 builds and maintains numerous trails in La Plata County and the high country, serves as an advocate for trail users with governmental agencies and educates trail users.

Water is a precious commodity in arid Southwest Colorado, and Ed worked to preserve the quality and efficiently manage it throughout his life. He was the Secretary/Treasurer of the Animas Consolidated Ditch Company for about 25 years and served on the board of the Animas Water Company for about 20 years. He was a task force member of the State of Colorado Department of Resource's State Wide Water Supply Initiative. With water comes mosquitos, and Ed worked on that problem as a board member and former president of Animas Mosquito Control.

"I never saw him happier than when he was at hunting camp," Ed's son Tim Zink said. "He took a month for it every year. We worked awfully hard, but we also saw his lighter side there, telling jokes and singing songs. His favorite time was being out with a storm coming in and watching us running around preparing for it. He taught us we were more capable than we gave ourselves credit for being."

The outfitting experience gave him a deep knowledge of the mountains above his beloved Waterfall Ranch, a 150-acre horse and hay ranch that celebrated being in the Zink family for 100 years in 2017. Ed worked for years representing stakeholder interests on the public task force to create the Hermosa Creek Wilderness and the Hermosa Creek Special Management areas. President Obama signed them into being in 2014.

That knowledge also made him an invaluable volunteer for La Plata County Search & Rescue, which named him Volunteer of the Year in 2004.

"He never resented it or hesitated when he got a call at 2 a.m.," Brian said. "It didn't matter what he was doing, he would ask whether he needed horses, a snowmobile or motorcycles. He would be there with whatever resources he could bring."

Love of the outdoors also led to service opportunities including as a member of the City of Durango Natural Land Advisory Board; stting on State of Colorado's Trails and Wildlife and Elk in the Animas Valley task forces; the BLM's Southwest Resource Advisory; and on the U.S. Forest Service's Forest Supervisor's Advisory Council with six different supervisors of the San Juan National Forest. Ed was also a founder and two-time president of the San Juan Mountains Association.

Always gave me time of during baseball season when I was in high school. Worked with me on my schedule so I could attend college.

Recently got to visit with him at a mutual friends funeral. Glad I got to see him one more time.

Wasn't aware he had passed because I was in the mountains hunting.

God bless you Ed for all of the lives you touched and your service to the area.
Steve Burch
October 15, 2019
Showing 1 - 2 of 2 results