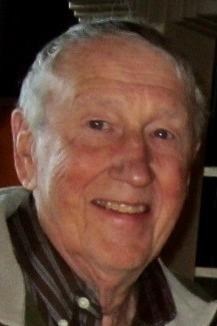 FUNERAL HOME
Hood Mortuary - Durango
1261 East Third Avenue
Durango, CO
Dr. Christopher H. Isensee, age 84, died peacefully at Mercy Hospital in Durango, Colorado on May 12, 2018. Throughout his life, he demonstrated his compassion through service to others.

Prior to medical school, Chris graduated from Robstown High School (1951). He studied pre-medicine at Texas A&I Kingsville, and in 1958, graduated as a Doctor of Medicine from Baylor Medical School in Houston, Texas. He completed an internship at Jefferson Davis Methodist Hospital Veterans' Administration in Houston, Texas, followed by an orthopedic residency at Baylor and a children's orthopedic fellowship at Boston Children's Hospital. Although Chris was offered faculty positions following both residencies, he declined both prestigious offers to focus on private practice in Texas.

During the Vietnam War, Chris was called for active duty. He served as Lieutenant Commander at the Naval Hospital in Bethesda, Maryland, caring for wounded soldiers. He was enrolled as a life member of the Navy League of the United States.

Chris again returned to Corpus Christi, Texas, where he maintained a thriving orthopedic practice for 35 years. In 1977, he married Patricia (Patty) Witt Isensee. As members of the First Presbyterian Church, Chris and Patty dedicated a month volunteering in Zaire, Africa, where Chris focused on pediatric surgery, while Patty assisted in the hospital. In addition to his demanding career as a physician, he and Patty owned and managed the Gulf Clipper and Marlin Queen sight-seeing and fishing vessels.

In 1999, Chris and his wife, Patty, retired to Durango, Colorado, where he continued to serve others. He proved to be a dedicated member of the Geezers' Debate Club and an active member of the Democratic Party where he was honored as "Volunteer of the Year." Chris and Patty were also founding members of the Shelter from the Storm Society of Volunteers of America. Chris enjoyed woodturning and created many exquisite bowls; he shared his craft by teaching others. Five years in the making, the 1750 Indiscret French Xebec, a glass- enclosed Mediterranean sailing ship measuring 36" wide by 30" high, became his last and proudest masterpiece.

Sincere thanks are expressed to Mercy Hospital ER, ICU, and general floor staff, Cottonwood Rehabilitation personnel, and dear friend Roberto Tavares for their kindness, compassion, concern, and empathy during a particularly difficult time.

In keeping with Chris' wishes, there will be no funeral/memorial service or flowers. Instead, Chris had hopes that you would demonstrate your support by making a donation to your charity of choice. Numbered among his favorites are La Plata County Humane Society, Habitat for Humanity, Manna Soup Kitchen, Salvation Army, and Planned Parenthood. To share on-line condolences, tributes, and memories please visit www.hoodmortuary.com.
To plant trees in memory, please visit our Sympathy Store.
Published by The Durango Herald on May 16, 2018.
MEMORIAL EVENTS
No memorial events are currently scheduled.
To offer your sympathy during this difficult time, you can now have memorial trees planted in a National Forest in memory of your loved one.
Funeral services provided by:
Hood Mortuary - Durango
MAKE A DONATION
Please consider a donation as requested by the family.
MEMORIES & CONDOLENCES
Sponsored by Hood Mortuary - Durango.
11 Entries
Two years, and I still think about him and miss him. He was a wonderful person.
Victoria Coe
Friend
May 10, 2020
A year has passed and I still miss him. I am surprised by how often I think about him.
Victoria Coe
Friend
May 10, 2019
The world has lost a great person and physician, we have greatly missed him since he left Corpus Christi. Many of the nurses that worked with him at Spohn Shoreline told him he would have to come back here when we needed our knees done. We loved and missed him.
6b nurses
May 21, 2018
We are so very sorry to hear of Chris's passing. He was a magnificent human being and we feel privileged to have known him. With respect and affection, Sue and Jim Mooney
Susan Mooney
May 21, 2018
I am sadden to know thus wonderful person, physician and my former employer is no longer with us. Dr. Isensee will always be remembered by me and so many people in Nueces county.
He was a great gift to us all that were so fortunate to
know him.
RIP
Mrs. Elena F. Gonzalez
Elena Gonzalez
May 20, 2018
I considered Chris a best friend. Now, having spoken to many who knew and loved him, I realize that he was a best friend to many of us. He brought wisdom and compassion to the community. How I miss him. I understand the respect for his wishes that there be no memorial service but I wish he would have allowed us to gather for a celebration of his life.
Victoria Coe
May 20, 2018
Even when Chris was feeling poorly he always went out of his way to learn about others, remember their names and greet everyone with a smile. He will be missed.
Mary Jill DeBelina
May 19, 2018


Dr.Isensee was a well respected successful orthopedic surgeon who practiced in Corpus Christi for many years. I was fortunate to work with him as a nurse at Driscoll and Doctors Hospital. I was very fortunate to have him as my orthopedic surgeon after experiencing a fractured hip. He replaced that hip 27years ago and I have no pain or problems since. Thank you for your expertise and your kindness RIP.
Adele Bemis
May 18, 2018
I met and visited with Dr. Isensee on a couple of occasions several years ago and liked him immediately. He was a kind and gentle man and someone I would have liked to known better. I worked with his daughter Anna in Amarillo, Texas and met her sister Beth on one occasion. Nice family! My thoughts and prayers are with each member of the family. God speed.
Sandy Skelton
May 18, 2018
Chris was one of my favorite patients, knowing Chris for over a decade, he was always so bright and cheery and always brought a smile to my face when I was having a bad day. Such a kind sweet gentle soul. He always asked me how my day was and how my two children were. I will miss him terribly. He will always have a place in my heart. I know he isn't in pain now. Thinking of Patti and her girls. Hugs to all.
Cj Wise
May 18, 2018
I will miss my friend. Good stories, great letters to the editor, always a smile and a bit of wisdom from Chris.

A gentle man who cared for our country in many ways.