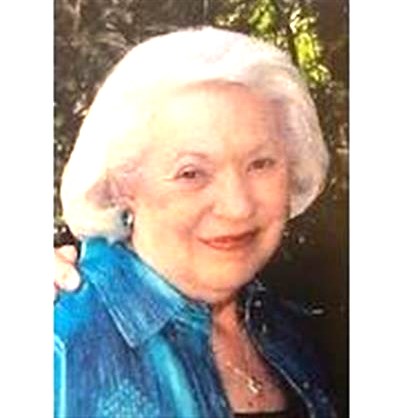 Carol A. Gordon was born in Lubbock, Texas, November 13, 1929, to LB and Elsie Sloneker. She died August 20, 2020 at the age of 90. Growing up she attended 7 different schools from the East Coast to the West Coast. She attended college in Stillwater, Oklahoma. That was the only school she attended for 4 years. She met the love of her life her senior year at a high school sock hop in Oklahoma City when Charles cut in. They attended different colleges in Oklahoma, but continued dating in the summers. In 1950, she married Charles A. Gordon in Bartlesville, OK. A union that lasted 67 years, until Charles passed away in 2017. In 1957 Charles was transferred to Durango, Colorado by Phillips Petroleum Company. After 5 years in Durango he became co-owner of Basin Petroleum Company. They spent 40 years in Durango and still claimed it as home even though they retired, as snowbirds, in Sun City West, Arizona in 2000. They enjoyed summers at their cabin at Electra lake surrounded by family. Carol was a housewife, mother, 4th grade school teacher, and Mary Kay Director. She was the first one to win a pink Cadillac in Durango. She loved to play bridge and went to numerous duplicate bridge tournaments. She and Charles traveled abroad as well as all over the USA in their motor home. They enjoyed Ballroom dancing, Square dancing, and Round dancing. They had one daughter, Cindy (Burnett) Gagnon (Joe), 3grandchildren Andy Burnett (Stacy), Marla Holgate (Mat), and Laura Anderson (Kevin). Plus 3 great grandchildren, Carter, Caleb, and Bailey, whom she adored. All live in Durango.
Published by The Durango Herald on Aug. 25, 2020.
To plant trees in memory, please visit the Sympathy Store.
MEMORIAL EVENTS
To offer your sympathy during this difficult time, you can now have memorial trees planted in a National Forest in memory of your loved one.
MAKE A DONATION
MEMORIES & CONDOLENCES
1 Entry
I knew Carol in her last few years in memory care. She loved her family and drew energy from them when they visited. Her daughter Cindy went above and beyond to help her mom feel happy and comfortable.
Tina D.
Friend
September 21, 2020
Showing 1 - 1 of 1 results