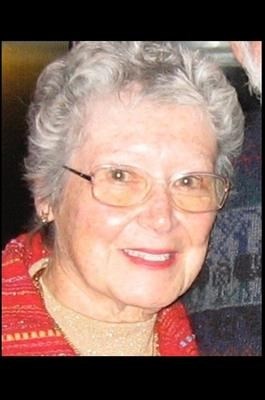 BORN
1932
DIED
2018
FUNERAL HOME
Hood Mortuary - Durango
1261 East Third Avenue
Durango, CO
Beverly Walford Danielson died peacefully at her home in Durango, Colorado on July 19th at the age of 85 from complications from acute heart failure. Beverly was born in West Lafayette, Indiana to Stephen Walford & Thelma Hamilton Walford on November 26, 1932. The family moved to Connecticut shortly thereafter and she grew up in Wallingford, Connecticut. She received her BA at Bates College in Maine and worked there for the next five years in child welfare. After earning her Master's Degree in psychiatric social work at Smith College she moved to Cleveland, Ohio to establish the inpatient psychiatric unit at University Hospital. She met Robert E. Danielson and was married on November 27, 1959. After raising her children, Beverly had a second career as a volunteer botanist at the Cleveland Museum of Natural History for 18 years, where she was named Adjunct Curator of Botany. She retired to her beloved Durango with Robert sixteen years ago. She was active in many organizations and was an avid supporter of the San Juan Symphony.

Cremation has occurred and a memorial service will be held to celebrate her life later this summer. Remembrances may be sent to Hospice of Mercy or a charity of your choice.
To plant trees in memory, please visit our Sympathy Store.
Published by The Durango Herald on Jul. 23, 2018.
MEMORIAL EVENTS
No memorial events are currently scheduled.
To offer your sympathy during this difficult time, you can now have memorial trees planted in a National Forest in memory of your loved one.
Funeral services provided by:
Hood Mortuary - Durango
MAKE A DONATION
Please consider a donation as requested by the family.
MEMORIES & CONDOLENCES
Sponsored by Hood Mortuary - Durango.
7 Entries
I just learned of Bev's passing. My condolences, Bob.
Barb Ritts
September 4, 2018
Sorry for your loss Bob. Tom and Susann Strain Four Corners Gem and Mineral Club
August 7, 2018
I am truly sorry for Bob, Steve and Eric's loss of Beverly.

Beverly volunteered within the Museum Botany Department and Natural Areas Division of the Cleveland Museum of Natural History, five days a week from January 1986 through July 1997 when arthritis prevented her from rigorous field work. In spite of the arthritis that prevented her from walking in difficult terrane, she continued to work in the herbarium until she and Bob moved to Durango. Beverly became one of my best friends as we worked together to find rare natural areas in Ohio and Pennsylvania and document the plant species within rare forests, bogs, fens and sand barrens. She co-discovered hundreds of endangered and threatened plant locations throughout northern Ohio and northwestern Pennsylvania.

She became proficient at identifying very difficult plant groups including grasses, sedges and deep-water vascular plants. Her friendship with the major owner of one of the most outstanding glacial lakes in northwestern Pennsylvania, Lake Pleasant, convinced that owner to consider selling her section of Lake Pleasant to Western Pennsylvania Land Conservancy.

While canoeing her favorite river, the Grand River, several decades ago, she discovered the first and only Ohio occurrence of riverweed (Podostemon ceratophyllum), a plant species that grows on rocks within eastern North America.

Every time I enter one of the Museum Natural Areas Beverly and I co-discovered, I remember her enthusiasm for life, keen intellect, warm personality and concern for others.

I was saddened to hear of your loss of that beautiful woman. I was privileged to have known both of you many years ago-she knew how to laugh, and light up the room no matter what was on our agenda. You two certainly had an adventure-keep her in your heart and take care of yourself during this difficult time.
carole weinberg
July 27, 2018
Our sincere condolences to the family. May you continue to feel comforted by the love of family and friends. Wishing you peace and strength in your time of loss - Psalm 94:18,19.
July 27, 2018
Grief can be so very hard, but our special memories can help us to cope. Remember them today and always. 1 Corinthians 15:26.


BM
July 24, 2018
I remember Beverly as a very capable and selfless assistant to Jim Bissell at the Cleveland Museum of Natural History. She worked without pay. The native flora of NE Ohio and NW Pennsylvania owes her a debt of gratitude.
Steve Grund
July 23, 2018
Showing 1 - 7 of 7 results