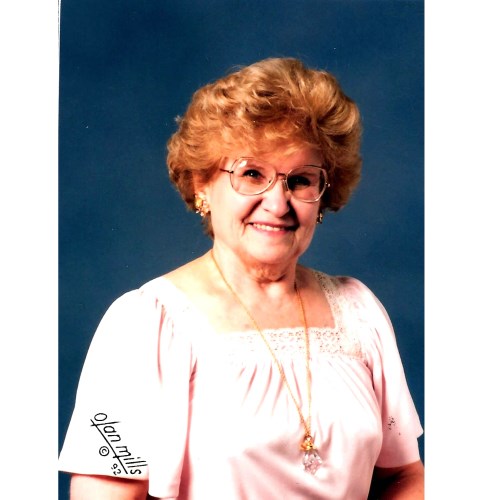 Arlene was born to Hallie W. and Rozella (Hart) Carnes on July 22, 1929, in Baker City, Oregon. The direct descendant of brave Oregon Trail pioneers, she grew up on the family ranch near Haines, Oregon where she was active in 4-H, became a skilled horsewoman, and graduated from Muddy Creek High School with honors.

With three young daughters in tow, Arlene and her husband relocated throughout the Pacific Northwest and Colorado in Don's capacity as a company representative for Standard Oil of California (later Chevron). The Ingles became longstanding entrepreneurs after moving to Durango, Colorado in 1962 and established Ingle Oil Company. While active in her children's many activities, she was also a leader in Beta Sigma Phi, numerous other community organizations, all while helping manage the petroleum business in Durango and Cortez. And she and Don could "cut a rug" at Velma's Supper Club like no others.

Her early formative years were spent in the depths of the Great Depression and during World War II, where she was part of a loving, tight knit and merry extended family of grandparents, aunts, uncles, and cousins in an idyllic rural setting. She transferred that love and affection to her own children, grandchildren, and great-grandchildren. Arlene and Don's home was the constant epicenter of fun and celebration with family and friends (and every possible brand of breakfast cereal and cookies). And wilderness horse trips, excursions to Vallecito Lake, Navajo Lake, and the houseboat at Lake Powell had her serving as the ultimate planner and hostess. She and Don remained well connected to family and friends in Oregon through regular trips home in generations of family private planes.

A private burial for both Arlene and her husband Don will be held at a later date at Mount Hope Cemetery in Baker City, Oregon.

Memorial contributions in honor of Arlene may be made to Eastern Oregon Museum c/o 14514 Muddy Creek Lane Haines, Oregon 97833
Published by The Durango Herald on Nov. 5, 2021.
To plant trees in memory, please visit the Sympathy Store.
MEMORIAL EVENTS
To offer your sympathy during this difficult time, you can now have memorial trees planted in a National Forest in memory of your loved one.
MAKE A DONATION
MEMORIES & CONDOLENCES
4 Entries
So very sorry to hear of Arlene passing. We send our deepest sympathies to her wonderful family. We very much enjoyed visiting with Don and Arlene when they came to Baker to visit Glen and Bess . They will be forever in our thoughts and prayers.
Rhonda and Joe Spellman
Friend
November 20, 2021
My deepest sympathy. Your mom was a kind sweet lady.
Danny Pacheco
November 12, 2021
Deanna I am so sorry to hear of the loss of your Mother, i will keep you in my thoughts and Prayer's. Please let me know if you need anything i am here for you. God Bless your Family.
Maxine Martinez
November 8, 2021
My condolences to Donna, Deanna and Debi. I know that they were very close to their mom and there was much love between them.
Carl Potter
November 6, 2021
Showing 1 - 4 of 4 results